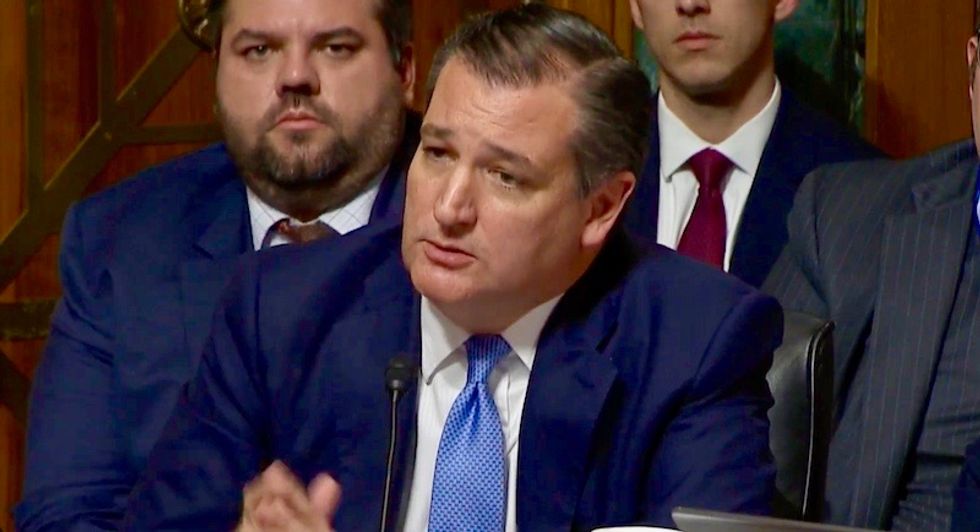 Senator Ted Cruz (R-TX) broke into a rant about how Supreme Court nominee Brett Kavanaugh has been "treated poorly," during Thursday's hearing.

Dr. Christine Blasey Ford accused Kavanaugh of sexual assault while the two were in high school. Both parties testified in front of the Senate Judicial committee. Cruz used his time to call attention to Kavanaugh's mother who sat there and watched her son's name be "drugged through the mud."

"I know as a father there's been nothing more painful to you than talking to your daughters an explaining these attacks that the media is airing," he said.