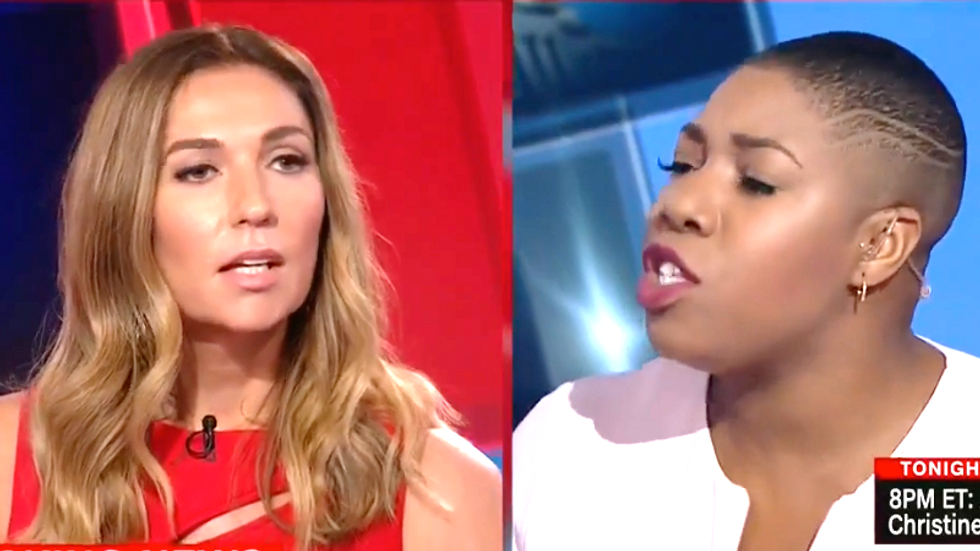 On Thursday, political commentator Symone Sanders and conservative commentator Amanda Carpenter exploded at each other during a panel discussion with CNN’s Jake Tapper.

The two were discussing Supreme Court justice nominee Brett Kavanaugh’s sexual assault allegation. Kavanaugh was accused of sexually assulting Dr. Christine Blasey Ford during a party while the two were in high school.

"I think Dr. Ford is weighing [her options]. Republicans have been bullying her into saying it's Monday or no day. And because of Dr. Ford's attorneys have not responded, I think she weighed her options," Sanders said.

Carpenter said that it was okay for the GOP to have a timely confirmation hearing.

"Republicans are perfectly within their rights to say —let's make this happen in a timely manner. Given the threats in this environment, I think it becomes even more important that they reach a speedy resolution," Carpenter said.

Symone interrupted Carpenter by saying that Dr. Ford character is being attacked. However, Carpenter claimed that Kavanaugh was equally a victim.

"How many people are disparaging him without confirmed evidence that he did that? Let's not pretend this is happening one way," Carpenter said.

Watch their meltdown below via CNN.