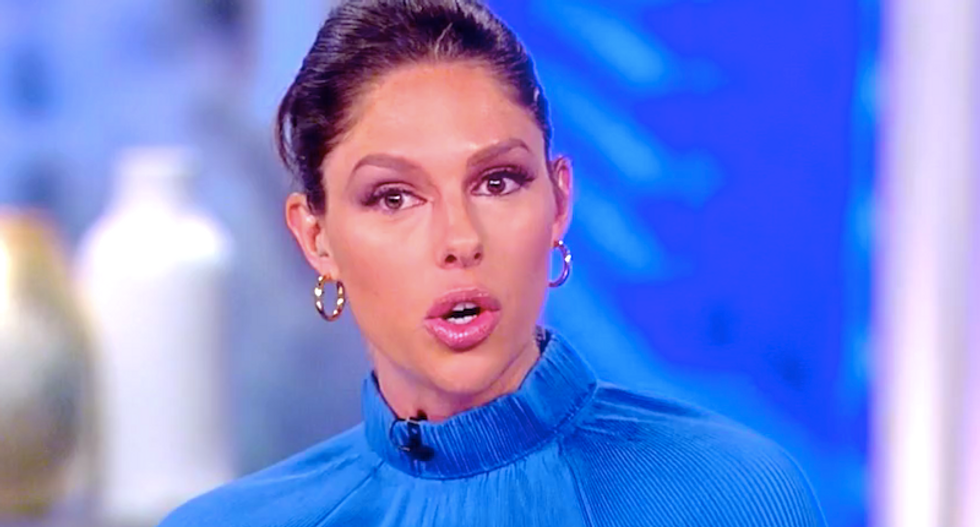 "The View" co-host Abby Huntsman insisted Republican senators could be persuaded to believe sexual assault claims against Brett Kavanaugh -- but her colleagues promptly dismissed her naïvity.

The former Fox News broadcaster said she was troubled by the allegations of Christine Blasey Ford against the Supreme Court nominee, but she trusted that GOP members of the Senate Judiciary Committee would consider her claims before voting on confirmation.

"I went to bed last night and I couldn't stop thinking about her," Huntsman said. "No one is going to put themselves out there, and that makes her story the most believable. Someone has hacked her email and other things."

"I also feel for the women in Kavanaugh's family," she continued. "There are a lot of women going through some really tough times right now."

Huntsman said the Republican majority should pause the hearings to allow Ford to testify about her claims, but she insisted no outside investigation was necessary.

"Whether she needs time or not, her story is compelling enough that you don't even need a background check," Huntsman said. "If she gets up there, whether it's next week or the week after that or the week after that there's enough in her story where you're going to have (Sen. Lisa) Murkowski (R-AK) and others say we can't go down the road and support this guy."

Co-host Joy Behar said conservative lawmakers were so blinded by their ultimate goal of outlawing abortion that they would confirm a credibly accused rapist on the U.S. Supreme Court.

"Here's the thing, Abby," Behar said. "I totally disagree with that. I think they are vehemently for overturning Roe v Wade -- they want that, the right wing in this country wants it. They'll say, 'She says her story, he says his story -- okay, I believe him.'"

Behar said Republicans were trying to establish a dynamic to pit Ford's testimony against Kavanaugh's -- despite the existence of a third witness.

Although Ford has said Kavanaugh friend Mark Judge was present and even helped the future court nominee attempt to sexually assault her, Behar said Senate Republicans were hiding behind her reluctance to testify.