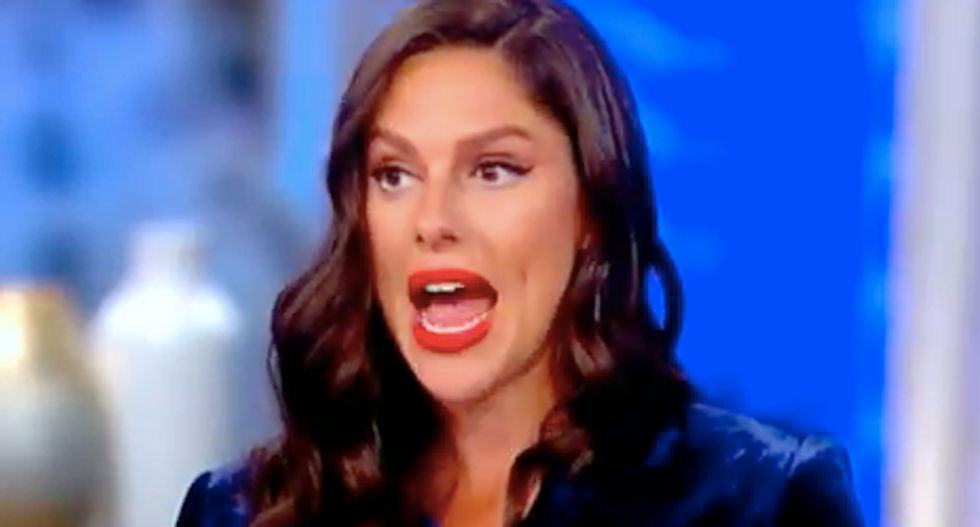 Huntsman was surprised Kavanaugh decided to address sexual assault allegations against him, but she trusted that her former boss -- White House communications director Bill Shine -- knew what he was doing as he guided the Supreme Court nominee toward confirmation.

"I thought she did a great interview," Huntsman said. "If you watch this interview, she is good at that, and she is a wonderful woman. I can speak from personal experience, but she asked the questions that I would have asked if I were sitting across the room from him."

Hostin strongly disagreed, and she whipped out a list of questions she would have asked if given the chance.

"She didn't ask the questions I would have asked as a former sex crimes prosecutor," Hostin said.

Host Whoopi Goldberg asked why McCallum didn't ask why he opposed an FBI investigation, but Huntsman said Kavanaugh addressed that.

"She did ask that, and he said, 'I want a fair process where I can defend my integrity and clear my name as quickly as I can,'" Huntsman said. "He said, 'I want the Senate to do what they feel is best.'"

Hostin disagreed, and said McCallum let Kavanaugh off the hook.

"I thought it was a real softball interview, actually," Hostin said. "I would have asked much more about the FBI investigation. I would have followed up."

She also would have asked a lot more about his history of drinking.

"I mean, his Yale roommate says he was an aggressive drunk, which is what Dr. (Christine Blasey) Ford describes."

Huntsman insisted her former mentor had asked those questions, but Hostin said she let Kavanaugh avoid answering those directly.

"She didn't follow up as most journalists do, and as certainly as lawyers do," Hostin said.

Hostin faulted McCallum for not pressing Kavanaugh to explain entries in his yearbook referring to heavy drinking and claiming a girl had sex with him and a dozen other football players.

"I have to tell you, I mean, again, for a nominee to sit for a Fox interview, but not be willing to sit for an FBI interview is really, really rich," Hostin said. "It really is."