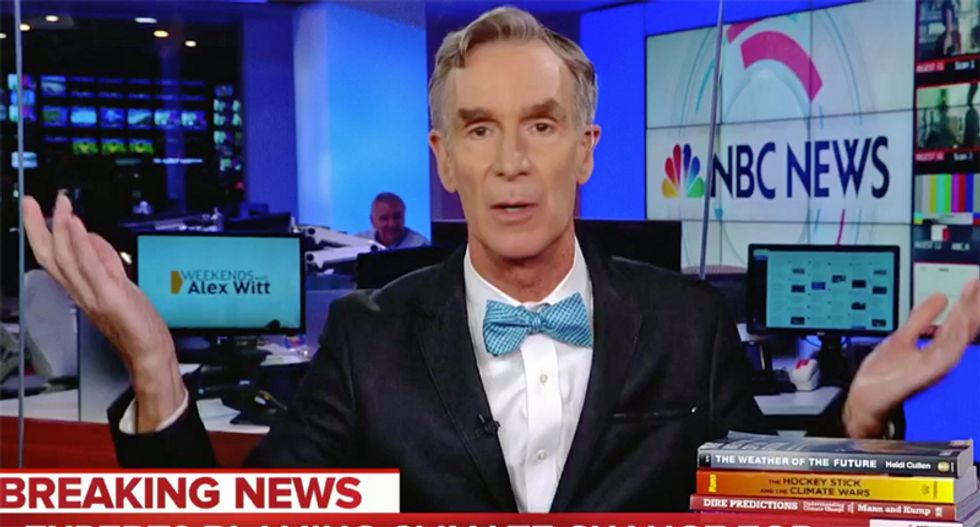 Bill Nye the Science Guy brought a stack of books with him for MSNBC appearance on Hurricane Florence.

Bill Nye, known as "the science guy," brought a stack of books and clipboard of charts with him for an appearance on MSNBC discussing climate change and hurricanes.

"As Hurricane Florence is pummeling the southeast coast, some are arguing climate change is causing storms to intensify," host Alex Witt noted.

Nye noted that the storm flooding the Carolinas includes 10 trillion gallons of water and quadrillions of joules of heat.

"When I come with these shows, and I'm delighted to be here and thank you, people are happy when it's a prop bit, when I have props to show," Nye noted. "Todays props are books, these are books written about climate change."

Nye noted that he's publicly attempted to bet climate change deniers $10,000 about the hottest year on record, but nobody will take the bet.

"I'm not going to take that bet," Witt noted.