WATCH: Brett Kavanaugh shuns and turns back on father of Parkland victim during hearing break 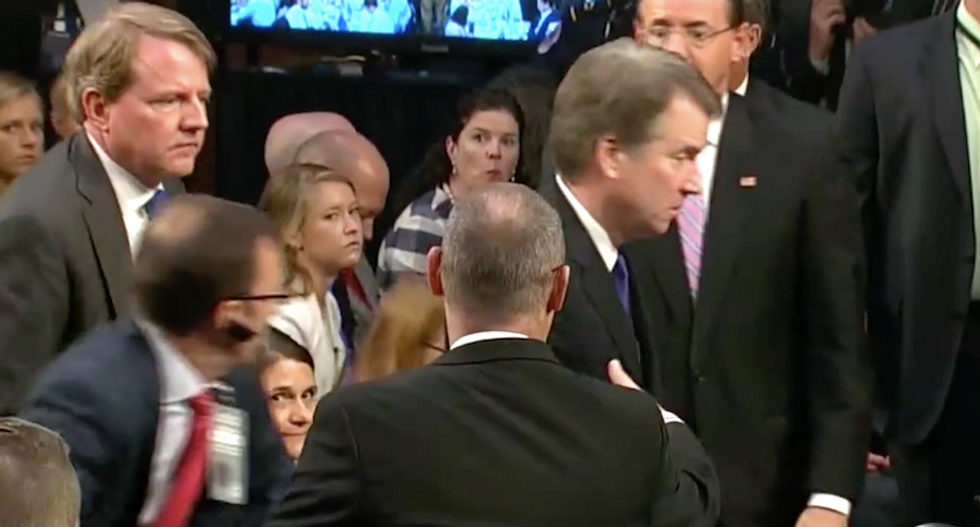 The father of a Parkland school shooting victim said he was snubbed by Brett Kavanaugh following a Supreme Court confirmation hearing.

Fred Guttenberg, whose 14-year-old daughter was killed in the Feb. 14 shooting at Marjory Stoneman Douglas High School, said he tried to introduce himself to President Donald Trump's nominee to fill the high court vacancy.

"Just walked up to Judge Kavanaugh as morning session ended," Guttenberg tweeted. "Put out my hand to introduce myself as Jaime Guttenberg’s dad. He pulled his hand back, turned his back to me and walked away. I guess he did not want to deal with the reality of gun violence."

Video of the encounter shows Kavanaugh looking Guttenberg right in the face before turning and walking away without a word.

Since his daughter's murder, Guttenberg has become an outspoken gun safety advocate with many of the survivors of the shooting that left 17 students and teachers dead.