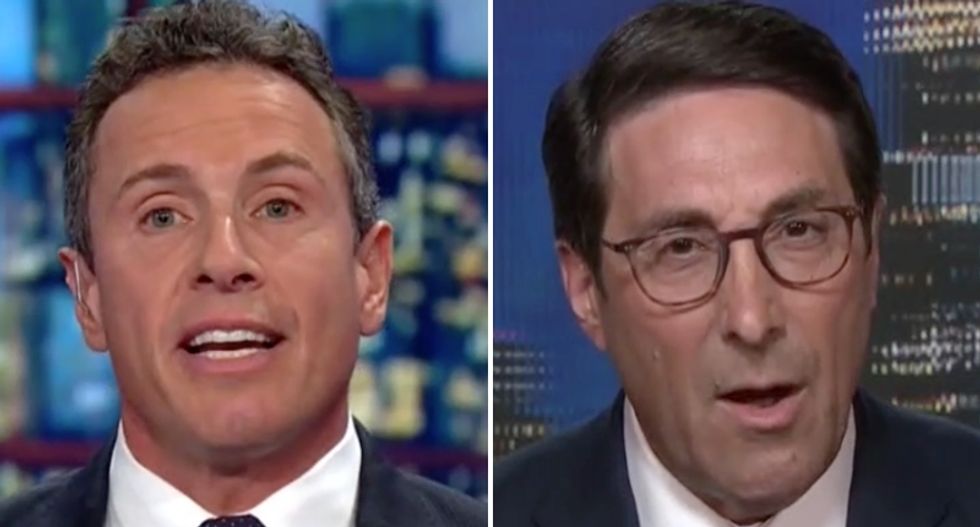 In a lengthy and combative interview, CNN's Chris Cuomo grilled Donald Trump's attorney Jay Sekulow about the many legal issues surrounding the president — and shot down the lawyer's legal strategy.

"Hasn't anyone explained to the president that [Attorney General Jeff] Sessions had no choice but to recuse himself?" Cuomo asked Sekulow before explaining the Justice Department's conflict of interest guidelines.

The attorney responded by noting that Sessions recused himself before the appointment of special counsel Robert Mueller.

"The regulation has nothing to do with what actually transpired," Sekulow said.

Later in the interview, Cuomo brought up the president's interview with NBC's Lester Holt in which he admitted he wanted to fire the FBI director because of the Russia probe.

"There is actually a transcript of the entire Lester Holt interview," the attorney said. "And as you know, because you do TV and know that when there are interviews, there are edits and there is a longer transcript. And I will just tell you without disclosing any detail, that when you review the entire transcript, it is very clear as to what happened and I'm not going to give you information on how we provided it, but in our professional discussions with the office of special counsel, we have addressed that on multiple occasions appropriately."

Sekulow continued, insisting that when one views "the entire evidence," they won't hear the agreed-upon claim that Trump admitted to obstructing justice in the interview.

The attorney went on, adding that turning an edited news clip "into a federal case" is wrong and unconstitutional.

The host noted that not long after the Holt interview, Trump invited the Russian foreign minister into the Oval Office and bragged about the pressure being off of him after Comey was fired.

"You're acting as if that's not a constitutional right if that was, in fact, what was in his mind," Sekulow said, and the argument devolved into chaos from there.

Watch below, via CNN.