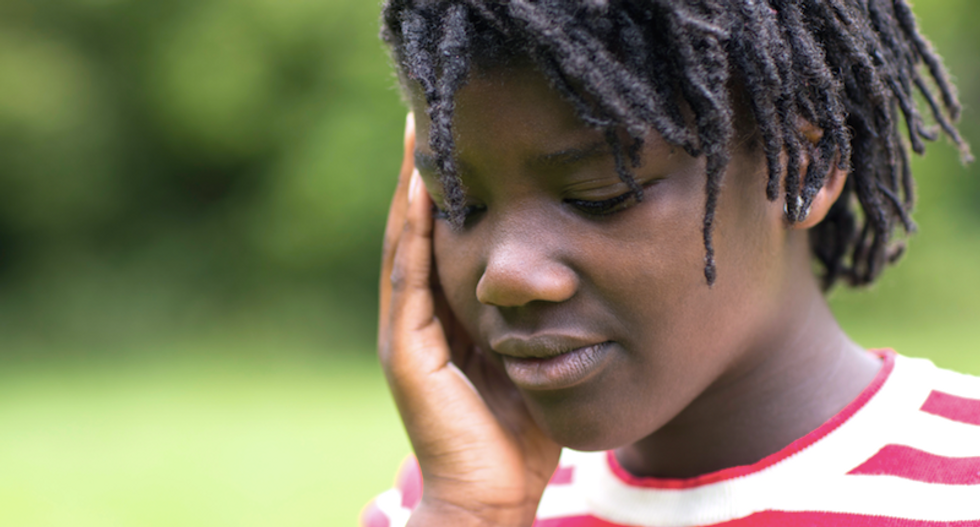 A Cincinnati police officer violated department policy by using a Taser to stop an 11-year-old shoplifting suspect -- and then making a racist remark.

The incident was recorded on Officer Kevin Brown's body camera, and City Council members questioned why the officer remained employed by the police department, reported the Cincinnati Enquirer.

Brown was working a theft prevention detail Aug. 6 at the Spring Grove Kroger when employees reported three girls for stealing, and the officer spotted a black girl trying to leave through a locked entrance and then lurk around a customer service desk before walking out the exit.

The 55-year-old officer, who is also black, told the girl to stop and show him a receipt -- and he fired a Taser from about 10 feet at the child's back after she ignored three commands.

The girl fell to the ground, and video shows the officer made a racist remark.

"You know, sweetheart, this is why there’s no grocery stores in the black community," Brown said.

Police investigators found that Brown had violated the department's use of force policy and faulted him for the racist remark.

Brown was written up two years ago for using a homophobic slur against a domestic violence victim, although the woman didn't hear him.

“I just don’t know if you have room on the police department for people like this," said councilman Wendell Young a former police officer. "This guy, from what I am hearing, has serious issues. He apparently polices the way he feels.”

Young said the officer should be fired: “There comes a time you have to cut your losses.”

Chief Eliot Isaac will determine Brown's punishment following an internal department hearing, and the officer will be able to appeal any disciplinary action.