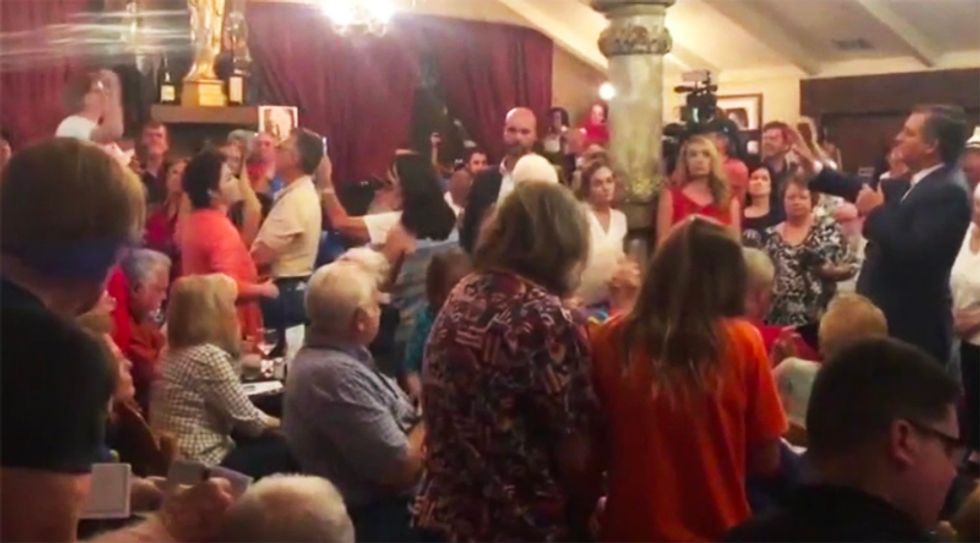 At a campaign rally in Webster, Texas, on Thursday night Sen. Ted Cruz (R-TX) was confronted by the mother of a Santa Fe High School shooting victim to the dismay of the candidate and his admirers.

As some on the crowd tried to shut her down, Cruz attempted to offer his condolences.

"You still have not introduced common-sense reform," Hart snapped back.

Speaking with KTRK, Hart explained her outburst, saying, "I wanted to be able to call him out. His inaction regarding the children of Santa Fe. Children died under his watch and he accepts money from the NRA. There is still not any sort of common-sense reform."

Watch the video below via KHOU: