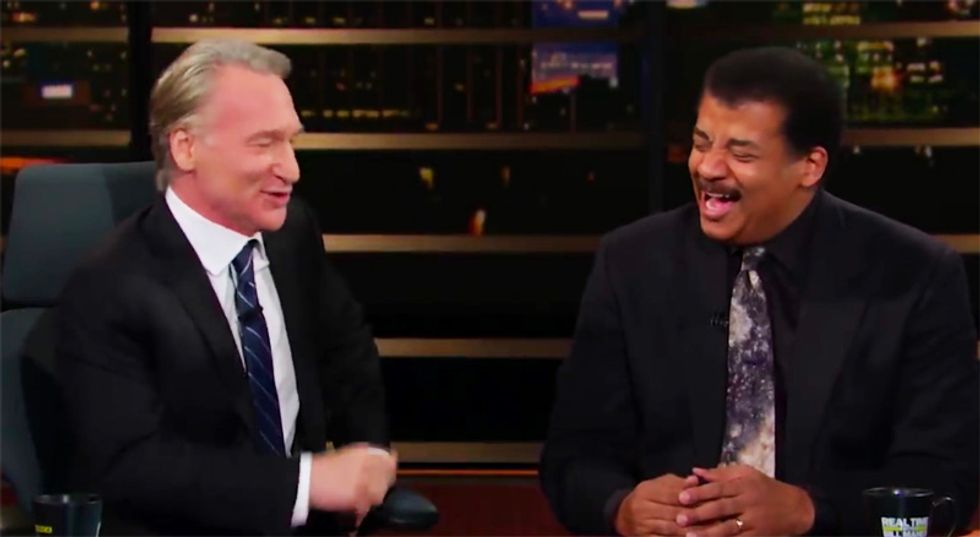 During the Overtime segment of HBO's Real Time, host Bill Maher challenged astrophysicist Neil deGrasse Tyson to convince him that President Donald Trump can be compelled to learn basic facts of life and science despite tye president's embrace of anti-intellectualism.

Discussing the wave of anti-intellectualism that has swamped the U.S. -- with citizens refusing to accept important concepts like climate change -- deGrasse Tyson first said that intellectuals and educators must never stop trying to teach.

Referencing people who don't seem to want to learn, Maher, said, "You can't let everybody off the hook. It's not like everyone is a good person. So you think you teach Donald Trump something?"

"No, I ---," deGrasse Tyson began before stopping and laughing.