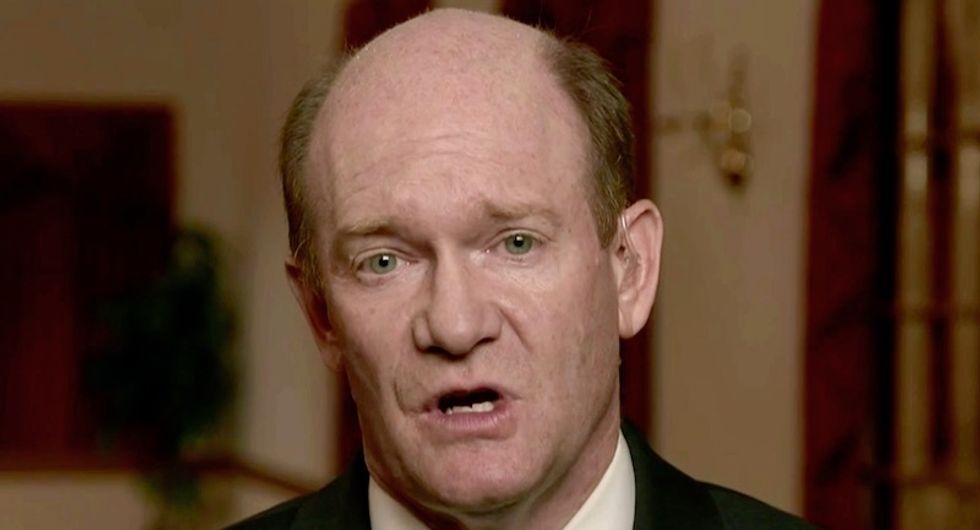 Moments before Senator Jeff Flake (R-AZ) changed his vote to delay Supreme Court nominee Brett Kavanaugh's confirmation vote, he talked to Senator Chris Coons (D-DE). On Friday, Coons chatted with CNN's Chris Cuomo to reveal what went on behind a closed door that could have potentially altered history.

Video from the Senate floor shows Flake tapping Coons on the shoulder, and the two of them leaving the room.

"I want to start by saying how grateful I am to Senator Jeff Flake for acting on his concerns," Coons said.

"I frankly thought that we were going to go in the room and just have a conversation about how while we respect each other as senators and hope to remain friends — that this was a pretty bitter moment for both of us," he said.

Coons said that Flake voiced his concerns and shared that he wanted to find a way to work with Democrats.

"I'm so encouraged when he said to me, 'you know, Chris, this whole thing is tearing our country apart and we have to do something. We have to do something to show that we can hear each other. The argument you're making if we can find a way to set the parameters right, is something that we ought to consider doing. Will, you work with me on that?'" Coons said.

"It started a conversation. As you noticed the two of us were back there talking for a few minutes and then a second senator, a third, and a fourth came back and we had virtually the whole committee back there having a very vigorous argument," Coons said.