WATCH: Republican operatives rip into each other in battle over Kavanaugh's suitability to be on Supreme Court 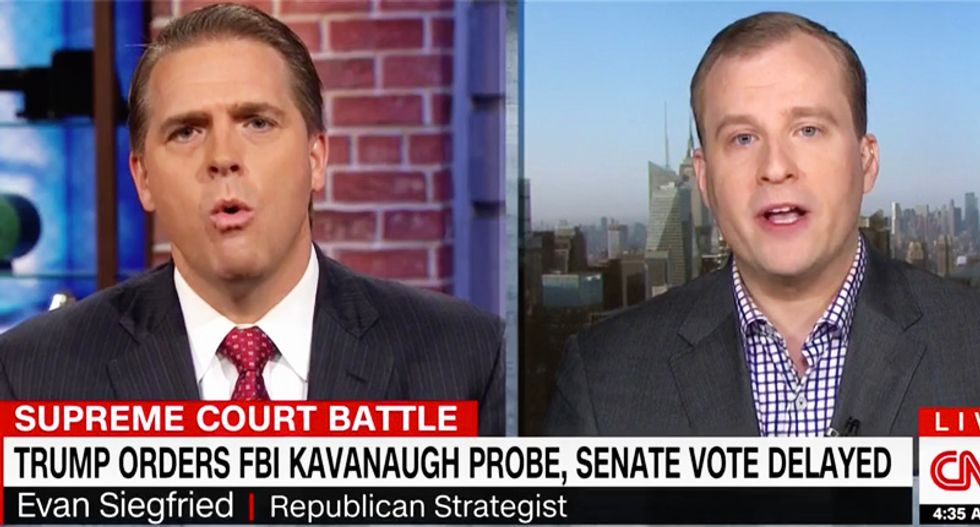 Not only has the fight to confirm Supreme Court nominee Brett Kavanaugh split the country, but it has also caused a major rift among conservatives.

Appearing on CNN's New Day on Saturday morning, two Republican consultants got into a shouting match after one said that the embattled judge would "taint" the court if he survives his FBI investigation and is confirmed.

Speaking with host Victor Blackwell, GOP strategist Evan Siegfreid said he is strongly opposed to Kavanaugh because he would diminish the integrity of the court.

"You want to say 'Im standing way out, I'm out away from the Republican Party?" Siegfried parried.

"You're outside -- you absolutely are!" Jennings shouted as host Blackwell fruitlessly attempted to get them to stop yelling.

Watch the fireworks below via CNN: