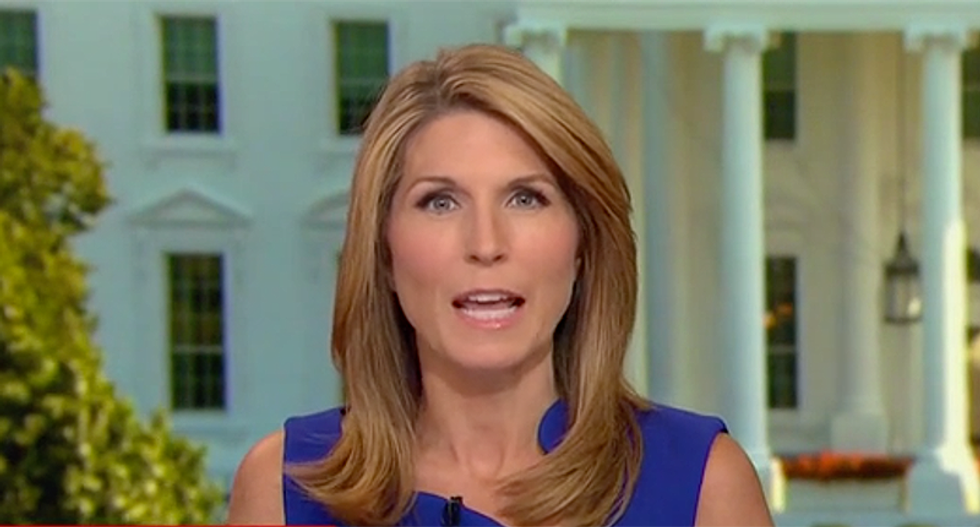 MSNBC host Nicolle Wallace warned there's actually a "real" witch hunt going on after months of President Donald Trump claiming he was the victim of one.

During her Thursday opening panel discussion, Wallace noted the White House is in meltdown mode as it searches for the "senior White House official" responsible for the anonymous op-ed in The New York Times.

"Finally, a real witch hunt to talk about," Wallace said at the top of her show. "At this hour, no one is presumed innocent. The vice president is taking the extraordinary step of denying that he was the author of that anonymous op-ed published by The New York Times almost exactly 24 hours ago."

She displayed a list of administration officials who worked to get on the record with their denial Thursday. Some Republicans were brave enough to agree publicly, however.

"I mean, I think this is what all of us have understood to be the situation from day one," said Sen. Bob Corker (R-PA), who has been critical of Trump. "So, again, it's not -- it didn't reveal much to me. I understand this is the case."

Wallace went on to call Trump "volcanic" in his move to find a "witch" to burn and noted he's "lashing out" on Twitter.

"But his own aides are sounding a very different tune," she continued, citing an Axios report with the headline "Snakes Are Everywhere."

"Two senior administration officials reached out to say the author stole the words right out of their mouths," the report said. "One told Axios, a lot of us were wishing we'd been the writer. I suspect, I hope Trump knows, maybe he does, that there are dozens and dozens of us."

The Washington Post similarly reported "sleeper cells have awakened," with text messages circulating between aides and allies asking who the writer was.

"It's like the horror movies when everyone realizes the call is coming from inside the house," one official said of the chaos.

"Nobody knew this was coming," said WaPo reporter Phillip Rucker. "So, as soon as it landed ... there was a scramble to figure out what was going on. There's been rampant speculation ever since then who the leaker -- not the leaker, who the author is, the senior official is. And the president is determined to get to the bottom of that. He's been in a volcanic mood according to people who have talked to him. He was furious last night and he's very concerned about who he can trust. You know, he's disappointed. He feels a sense of personal betrayal and he's used it more than personal betrayal, but active treason."

Rucker went on to say that there is an effort to uncover the author, but that the consensus in the West Wing is that it is someone "a little lower profile" who might work in an intelligence or national security capacity.