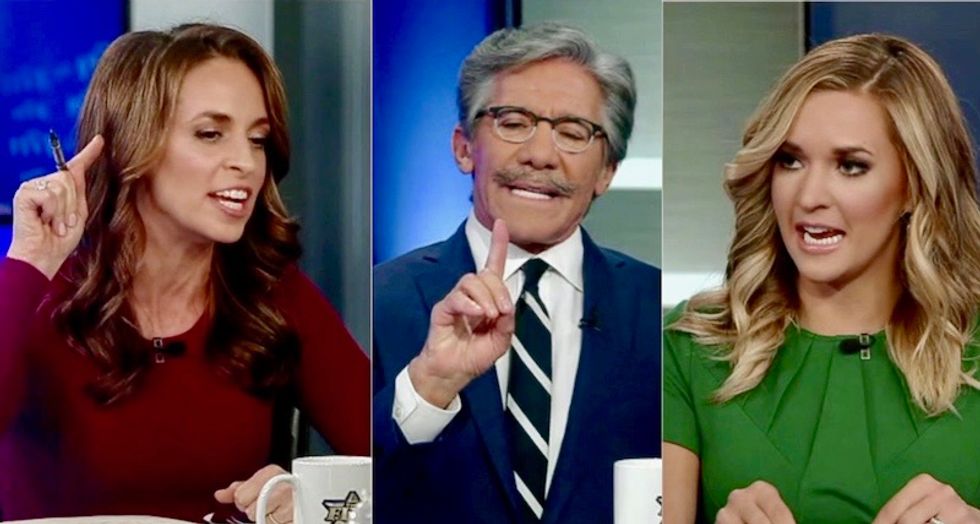 On The Five, hosts Jesse Watters and Greg Gutfeld tried to suggest that it was a delay tactic.

"One more week, what could happen?" Watters said. "You could have more women come forward... and how do we know that the lawyers for Ford aren't going to play games?"

"I don't think that's the risk, I think the risk is the investigation itself," he said. "Once it gets going, no one can stop it."

Host Katie Pavlich said she had faith in the statements that have been already given by people who were named by Blasey Ford as potential witnesses, and who don't contradict her but claim to have no memory.

"They have already given sworn statements to Congressional investigators," she said. "When the FBI asks them the same question, they're already in a position where they are under oath saying it didn't happen, so the questions will be the same and the answers will be the same."

Rivera pointed out that Kavanaugh made all sorts of unbelievable statements about his drinking and sexual activities with other students, and that those statements could now be exposed in the investigation.

Rivera then acted out a scene where Kavanaugh was busted in one-such lie.

"Anything can happen now," Rivera said.