Andrew Gillum slams Trump: 'He spent his day tweeting lies rather than working to tamp down division he helped stoke' 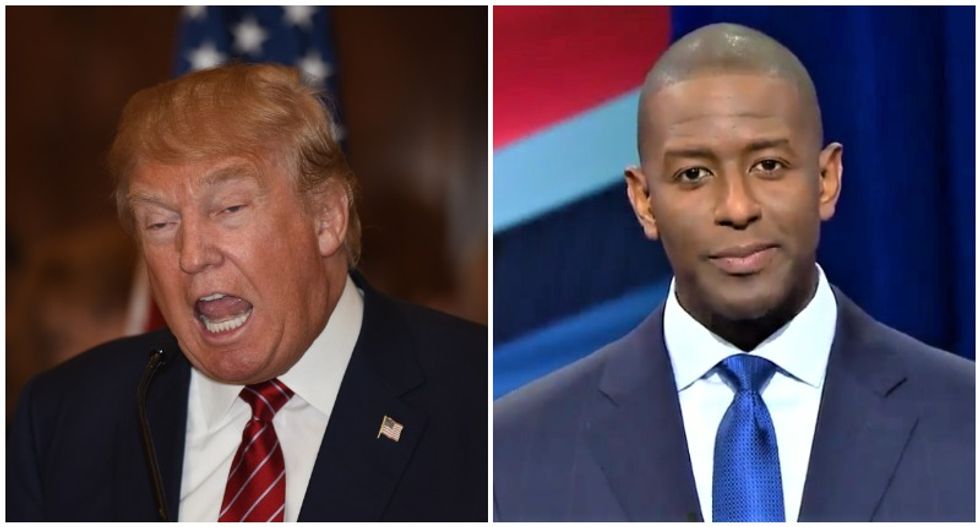 In the midst of a violent week in America, Maddow asked Gillum his take on the latest news unfolding.

"How do you want to try to make things better in the state of Florida? Do you have insight into how your state could try to lead or try to at least heal at times like this? " Maddow asked.

Gillum said that even though America could use a high level of leadership that Trump has repeatedly "failed us."

"I want to begin by at least expressing my deep regrets and honestly solidarity with the people of Pittsburgh, Pennsylvania. Those 11 families that are undoubtedly grieving today and will continue to in the aftermath of what has been a senseless tragedy," Gillum said.

"I am also thankful that those bombs never reached their intended targets, never took an innocent life. But the idea that people could be so worked up, so enraged by this moment by this politics that we created in this country ought to be unnerving to all of us," he said.

Gillum continued, "Our president, instead of rising to the occasion, every opportunity that he gets to really show that he's a leader, he repeatedly fails us. He spent his day today tweeting about me, tweeting at me, tweeting lies rather than working to tamp down the kind of division he helped stoke."