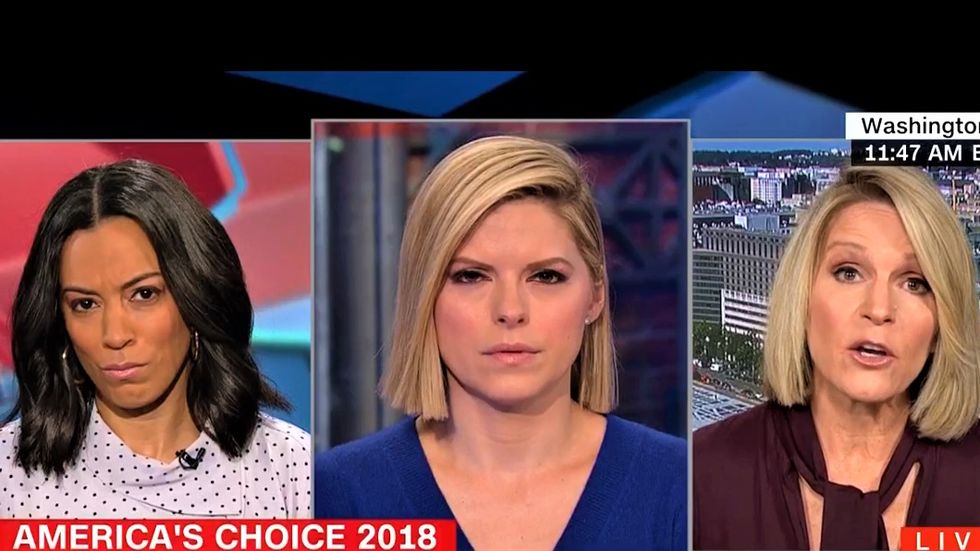 Angela Rye on Tuesday hit back hard against conservative Alice Stewart on CNN when she defended President Donald Trump's decision to proudly call himself a "nationalist" during a Texas rally on Monday night.

After playing a clip of Trump calling himself a nationalist, Stewart denied that there were any racial implications in the label, despite the fact that self-described nationalists have historically come to power by sowing racial divisions.

"When he's talking to this groups -- die-hard Trump fans, his core base -- they view nationalist as someone who looks at America first," she said. "And they look at nationalism in the same light as they do patriotism."

Rye, however, threw Stewart's argument back in her face.

"Plain and simply, when Donald Trump says he's a nationalist, that is not a dog whistle, that is a fog horn to his base," she said. "Alice, we know that he is trafficking in fear. Alice, I am devastated to hear you defend that nonsense... It is dangerous, it is toxic, and it needs to be stopped."

"I'm telling you how people across America are hearing what he's saying!" Stewart objected.

"Then we need to start talking to them differently," she said. "It is devastating to hear you defend that."