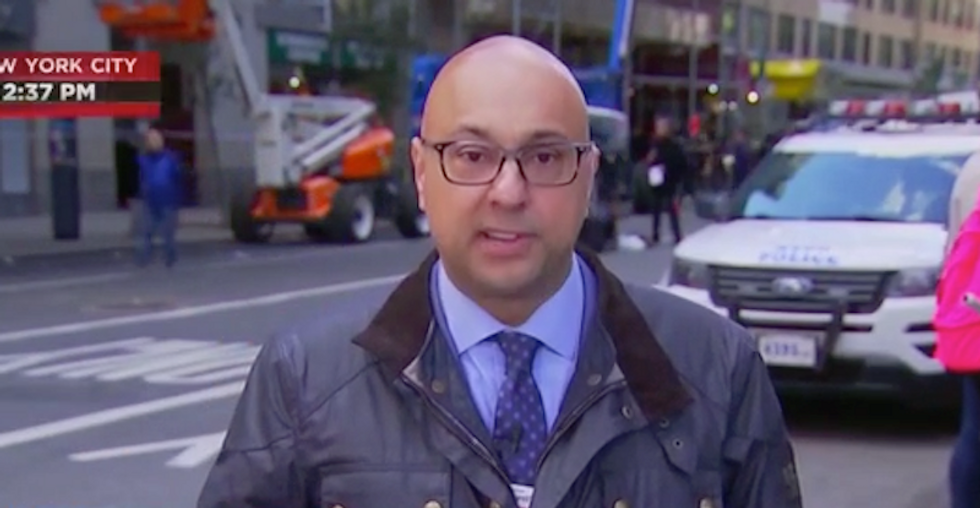 MSNBC's Ali Velshi on Wednesday noted the pattern of recipients of suspicious packages sent earlier in the day — and why those recipients' criticism from Donald Trump makes the threats clearly "political."

"Everybody who got a package is a critic of the president in some way," the MSNBC host said while reporting live from the street outside of Time Warner Center, the home of CNN that received one such package.

"As a news organization, you're meant to be critics of the president and everybody else," he added. "That's what the news does. It holds power to account. Everybody else has been in opposition to or a critic."

Later, Velshi made note of the cultural context in which the packages were sent.

"This isn't just a potential bomber attack where somebody has developed these and sent them out in a coordinated fashion," he said. "There is something political about this. Whether or not it's directed by somebody political, the idea that we have created this permissive culture in which once you have decided these people are the enemy, whoever these people are, that is the danger that we have in this society. It's a child of what we're seeing now."