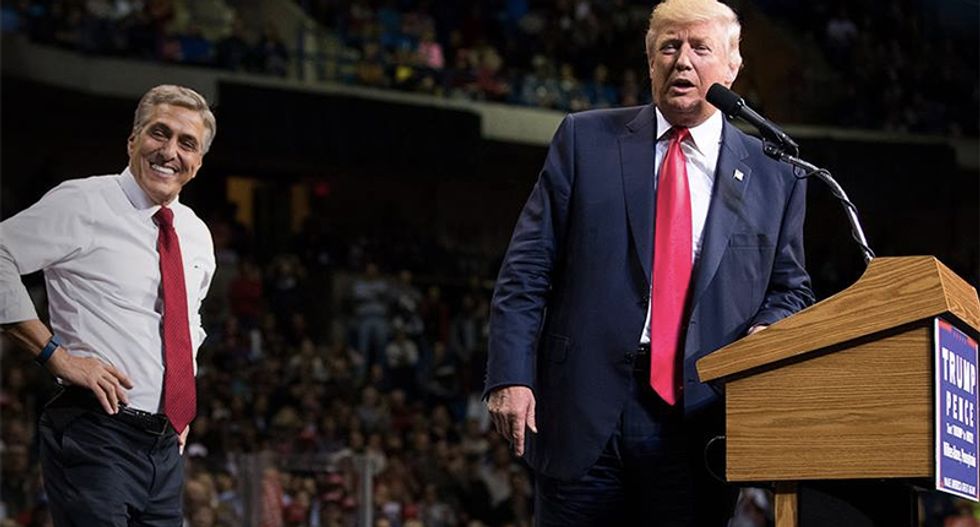 It's been nearly two years since the Midwest and Rust Belt voted in President Donald Trump by just a few thousand key votes in states that scored him an electoral college win.

The Toronto Star interviewed women at a Walmart in Johnstown, Pennsylvania. All four women voted for Trump and all four are voting for Democrats in the midterm election.

The Star explained that most of these women weren't all that excited about Trump, but they wanted nothing to do with Democratic challenger Hillary Clinton. The voting block has quickly become the disenchanted Trump voter supporting Democrats.

“Did not like Hillary. You should be able to vote for someone that you really are behind. It wasn’t the case," said 67-year-old Mary Venetsky. "I really thought once he was elected, he would become more presidential and represent our country a little more honorably. Unfortunately, that hasn’t happened.”

She went on to say she was supporting Sen. Bob Casey (D-PA) because he's been “good for our district” and she doesn't like Rep. Lou Barletta’s (R-PA) “negative campaigning.”

Anita Partsch is a 57-year-old registered Democrat voted for Trump. She said that she's disappointed with the way the president has behaved. By contrast, she's pleased with what Casey has done for her state.

"I actually voted for Trump, but I wish I wouldn’t have,” she confessed. “Just the way he acts and the things he’s done. I couldn’t vote for Hillary either, so I thought I’d give him a chance.”

Meanwhile, 54-year-old Patty Daniels was rushing into Walmart for her shift. She too was a defected Trump voter who admitted she "wishes" she didn't vote for him. But when it came to Casey, she was grateful for his leadership.

“He’s been doing everything for us," she said.

Michigan GOP pollster Steve Mitchell said that these Trump voters turning to Democrats are hardly indicative of a blue wave that will turn against Trump in the 2020 election. He compared it to President Barack Obama's election in 2012 after the 2010 tea party wave threw Democrats out of the House and Senate after the Affordable Care Act was passed.

But if these Trump voters pivoted away from the president when they weren't all that excited about him, to begin with, it's probably not hard to predict how they'll vote in 2020.