Some cities are banning teens from trick-or-treating: 'They just want to put black kids in jail' 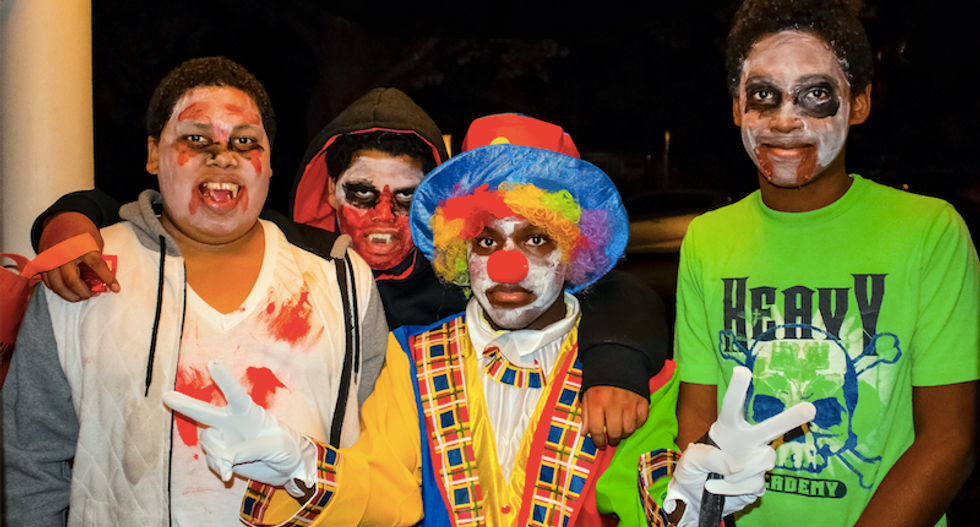 A handful of U.S. cities are banning children older than 12 from trick-or-treating, although police insist they won't actively seek out violators.

Chesapeake is among nine Virginia cities that set age limits to keep teenagers from taking part in the Halloween, and at least three other cities -- Meridian, Mississippi; Bishopville, South Carolina; and Boonsboro, Maryland -- also prohibit teens from trick-or-treating.

“If any person over the age of 12 years shall engage in the activity commonly known as 'trick or treat' or any other activity of similar character or nature under any name whatsoever," reads the Chesapeake ordinance, "he or she shall be guilty of a misdemeanor and shall be punished by a fine of not less than $25.00 nor more than $100.00 or by confinement in jail for not more than six months or both.”

The city's website states that police won't be "actively seeking out" violations, but many social media users suspected the ordinance would be used to harass black children.

Chesapeake officials say teens escorting younger siblings around shouldn't expect any attention from police, but they cautioned that some Halloween hijinks won't be tolerated.

“For example, a thirteen year old safely trick or treating with a younger sibling is not going to have any issues," the city's website says. "That same child taking pumpkins from porches and smashing them in the street more likely will.”

But some social media users fear those assurances may be meaningless for black teenagers, especially in a year when many older trick-or-treaters may be carrying toy weapons as part of a costume from the intensely popular Fortnite online game.

Older trick-or-treaters have long been controversial -- and there will never be clear agreement on what age is too old -- but columnist Marion Franck once shared an insight about teenagers and Halloween she learned from her own son.

"When a crowd of under-costumed teens shows up on your doorstep, welcome them," Franck wrote, in a classic 2013 column for the Davis Enterprise. "It’s a big group because they find strength in numbers. They’re not wearing costumes because they didn’t realize that they’d want to go – nor how badly."

"Give them big bars," she added. "Don’t tell them they’re too old. They already know that. Let them pretend it just isn’t so."