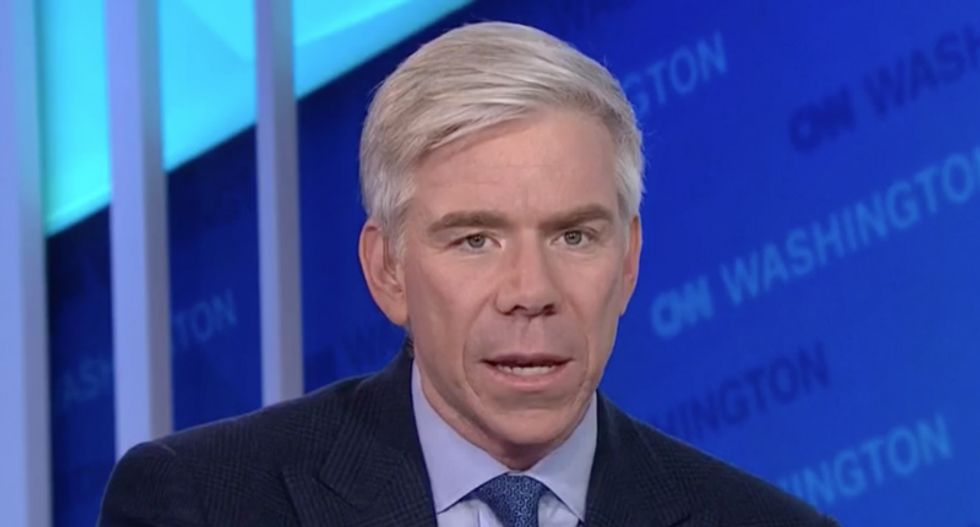 In the aftermath of the Tree of Life synagogue massacre in Pittsburgh, CNN's David Gregory on Tuesday said that the US has always been anti-Semitic, and that social media only makes it worse thanks to irresponsible leadership by people like Mark Zuckerberg.

Responding to a brief clip of billionaire Michael Bloomberg's criticism of the president's response to last week's violence, Gregory said it was the media's "obligation" to call out President Trump when he makes hateful remarks.

"Anti-semitism as you know is nothing new in America," he said. "We go back to the 30s and the American government and media and citizen response that has been a deeply anti-Semitic country for a long, long time."

Gregory also blamed social media leaders for not seeing their own role in spreading hate.

"Part of the problem with social media is the inability to deal with all the connective tissue that the platforms provide for anti-Semitic hate," he said. "People like Mark Zuckerberg at Facebook who have said 'well, you know, Holocaust denial is just a view', that it is not something that should be excised from Facebook when they take down other things that are demonstrably false as well. So they are really not getting what's going on."