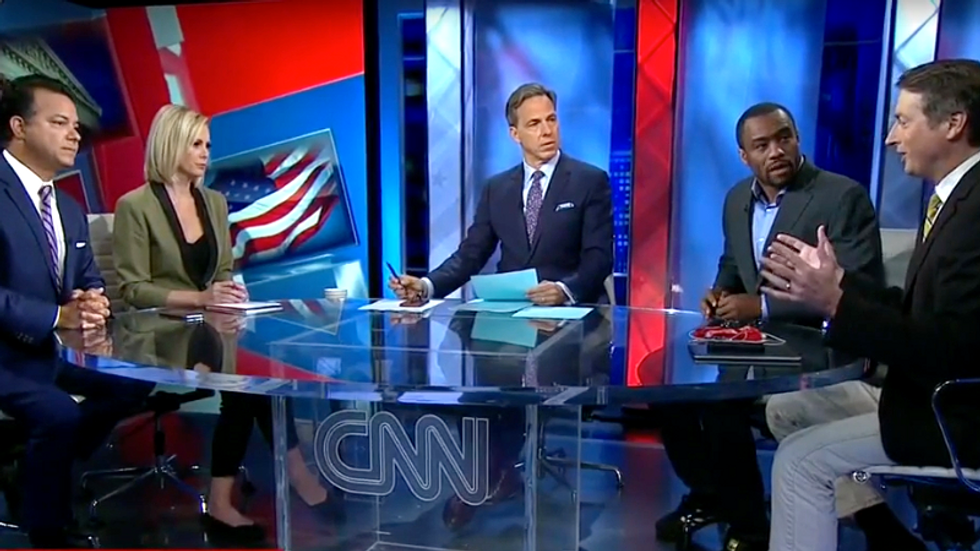 During CNN's Jake Tapper's show, his panel of experts railed against whether or not Kavanaugh lied under oath about blacking out. On Monday, CNN political analyst John Avlon schooled National Review Editor Rich Lowry over the implications about Supreme Cout nominee Brett Kavanaugh's drinking habitats.

Kavanaugh's drinking habits have been scrutinized since he testified under oath on Thursday. While testifying in front of the Senate Judicial Committee for claims of sexual assault, Kavanaugh admitted that he drank in high school and college. Even with his drinking habits, Kavanaugh painted himself as an overall "choir boy."

"I drank a lot in college, but I never blacked out. Some people never black out. The core allegation is sexual assault. So far there is no corroboration of a 36-year-old memory that hasn't been properly interrogated in my view," Lowry said as he defended Kavanaugh.

"There is potentially a blurring of the terms right now. It's because Kavanaugh chose a tack in the Fox News interview to present himself as a choir boy and football player primarily," Avlon refuted.

He added, "That probably doesn't comport with the way he acted in college or high school at the time. I think there is a sense that maybe frat culture is on trial here."

"We've gone a long way and cultural changes. But the fraternity he was on at Yale — George. W. Bush was also a member of. "[However] Bush can say 'I was young and irresponsible,' and he was running on a popular vote, not going for a Supreme court."

In addition, Kavanaugh's Yale classmates have spoken out saying that Kavanaugh mischaracterized himself under oath and that they recall him being a heavy drinker in college.