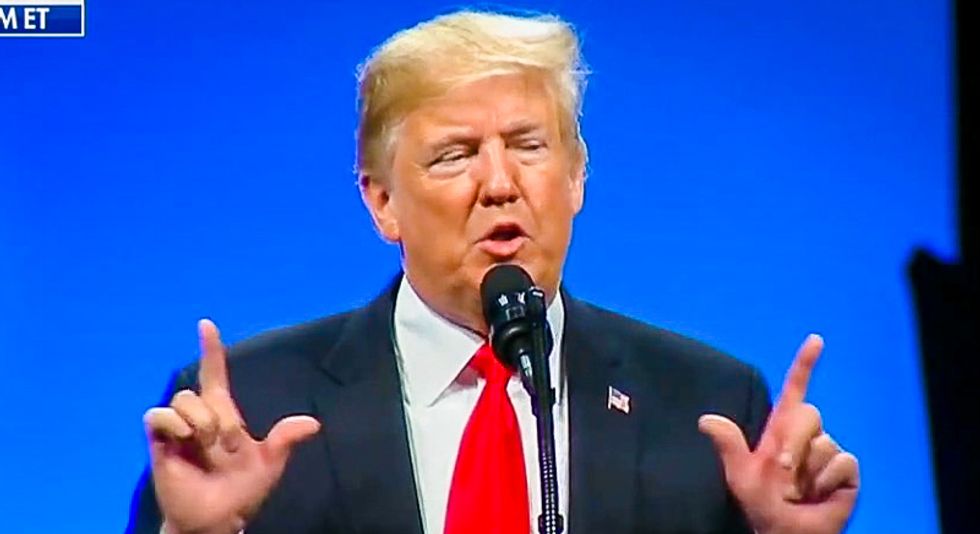 Conservative columnist Max Boot on Monday expounded on his decision to leave the GOP — and said it had a lot to do with the party's pivot to "white nationalism" under Donald Trump.

"It's utterly transformed from what it was when I was growing up in the 1980s," Council on Foreign Relations fellow Max Boot told CNN's Anderson Cooper. "I can't recognize this Republican Party, which is why I can't be a part of it."

The GOP is now "a cult of personality built around Donald Trump," Boot added — a move that's made the party more interested in "white nationalism," "racism," and "xenophobia" than its original values.

The commentator added that that new party line is visible in the way Trump "is fearmongering and conspiracy-mongering, trying to pretend that this small number of impoverished Latin American refugees are somehow 'Middle Eastern terrorists' who are going to invade America."

"Most Republicans approve of that," Boot said.

Indeed, at a Texas rally just before the conservative commentator went live on CNN, Trump boasted that he is a "nationalist" — an admission many believe is a direct reference to the white nationalists who support him.

Watch Boot's interview with Cooper below, via CNN: