'How dare you!': Watch practicing Catholic Joan Walsh nail ex-Trump staffer who accuses her of being anti-religion 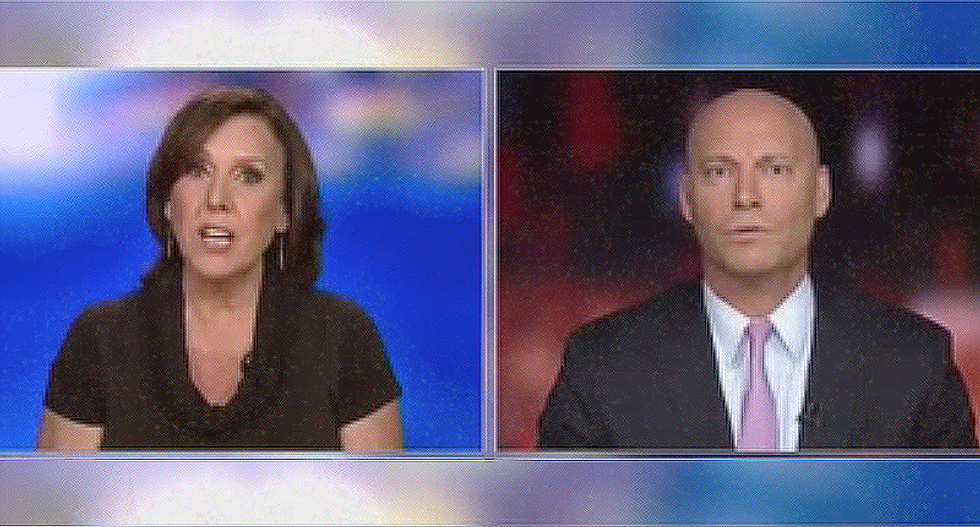 CNN contributor Joan Walsh laid waste to a conservative who attacked her for being anti-religion during a panel discussion.

Walsh explained that she was raised Catholic and is still a practicing Catholic and she found it offensive that a conservative's solution to the shooting is merely to "pray" instead of working to fix problems.

"I understand what happened, I understand that, and I think we all need to step back for a second, tone down the rhetoric ourselves, allow the president's opportunity tomorrow to make more thorough remarks, but recognize in many cases we're putting our faith in people, when we should be putting our faith in God," proclaimed former White House legislative aide Marc Short.

Walsh began by saying that Americans can pray all they want, but she was cut off by Short. When she began again she explained that she believes in God but many don't and they're entitled to their own beliefs. For them, they "believe in the goodness of one and other."

"To tell people to pray because we have a man in the White House who can't find it within himself to do the decent thing and tone this down, that's really disrespectful, Marc. You didn't mean that," Walsh schooled the Trumpster.

But Short took her comments and turned them into an attack on religion using senior Trump advisor Kellyanne Conway's spin from earlier in the day.

"I think a few minutes ago, I was encouraging prayer and Joan said she thought that was offensive to the agnostics and atheists in our country," Short alleged.

As the text above can attest, Walsh said nothing of the sort, but it didn't matter to Short, who decided it was time to play the victim.

"Are you kidding?" Walsh responded.

"It's a double standard," he claimed. "No I'm being quite factual with the comments you just gave."

"My comments contributed to an anti-religious atmosphere? How dare you!" she shot back.

"That was offensive," Short claimed about Walsh's demands for believing in "the goodness of one and other."

"You really need to watch yourself, because that was offensive," Walsh said.