Daughter of GOP candidate warns voters about his virulent anti-Semitism: 'I can’t imagine him in government' 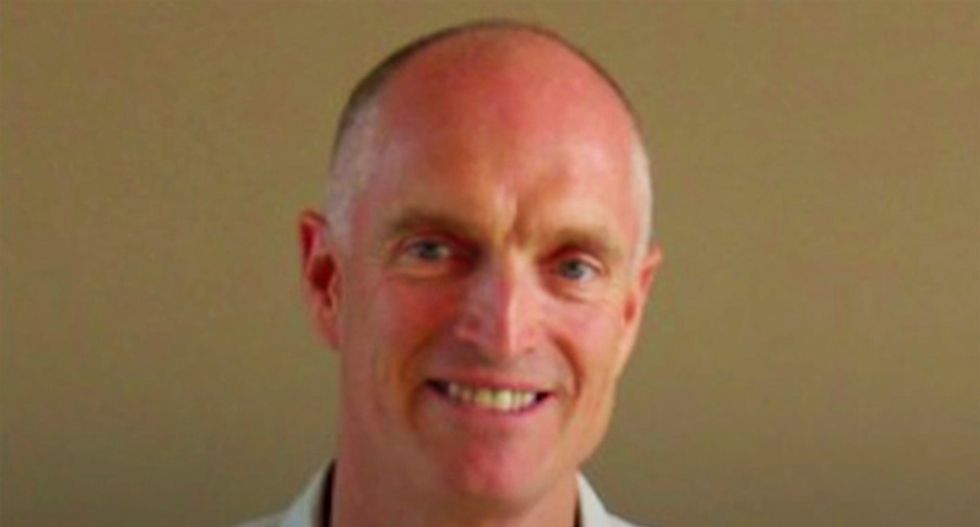 The daughter of a Republican candidate seeking a seat in the Missouri General Assembly has gone public, telling voters to not vote for her dad on election day because of his hateful views..

According to the Kansas City Star, Emily West is telling voters in Missouri's House District 15 to stay clear of her father, Steve West, bluntly stating, “I can’t imagine him being in any level of government.”

According to the report, the elder West hosts a radio program where he has made repeated anti-Semitic comments as well as attacking gays and minorities.

In one broadcast rant he accused Jewish doctors of trading on the pain and suffering of children at the famous St. Jude's Hospital.

"St. Judes hospital, they're cancer research," he said. "They're getting kids sick through vaccines and other means, and they are torturing them with these anti-cancer drugs. The St. Jude's Hospital -- it makes me sick how they are are suffering, and all for a little PR for the Jewish cabal."

According to his daughter, his views are offensive and way outside the mainstream.

“A lot of his views are just very out there. He’s made multiple comments that are racist and homophobic and how he doesn’t like the Jews,” she explained, adding that she became concerned after seeing yard signs boosting her dad's election run.

“I think it’s just insane that people are putting out his signs,” she stated. “You see his signs everywhere. I don’t understand how people can put out his signs knowing the comments that he’s made.”

On Monday, the candidate denied he is an anti-Semite while issuing a statement condemning the Pittsburgh synagogue shooting that claimed 11 lives, lest anyone attempt to link his hateful rhetoric to the slaughter.

“I absolutely renounce what took place there,” he claimed. “I have never, never suggested anything like that. When stuff like that happens, it is a terrible travesty and injustice. I would never condone any violence against any people because of a specific race or religion or anything else.”

According to his daughter, her 64-year-old father has become more radicalized as he has gotten older -- describing him now as "out there" -- and said she was surprised and concerned when he won the GOP primary.

“I asked him to drop out and said, ‘I think it’s a really bad idea that you’re running and I don’t think this is going to end well for you,’” she recalled. “And he told me that this is what his life has been about and that everything in his life has come to this moment and it’s the most important thing. And I said, ‘OK, then I don’t want to talk to you. I don’t want you to be a part of my life.’ And I haven’t talked to him since.”

You can watch the video below via the Kansas City Star: