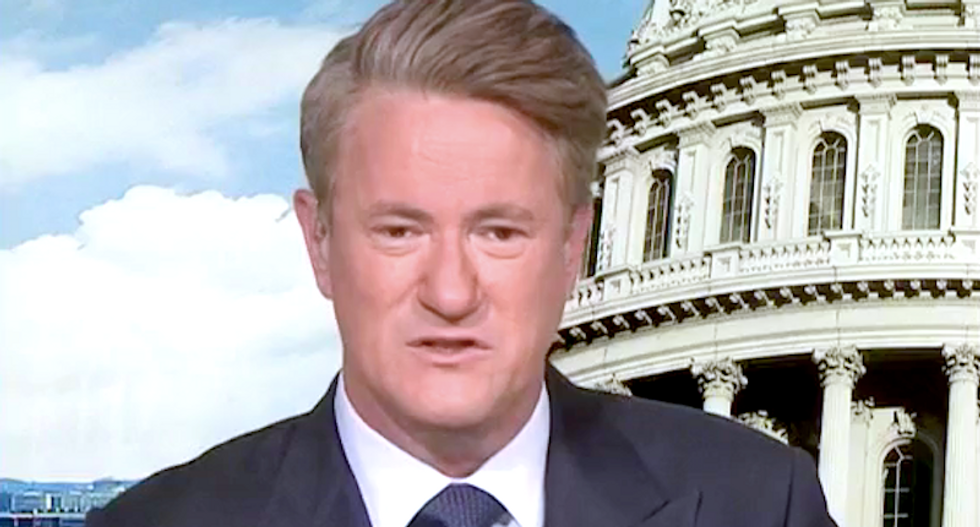 MSNBC's Joe Scarborough mocked Republican candidates for telling voters they want to preserve health care protections for those with pre-existing conditions -- even though they've worked to undo those same protections.

The "Morning Joe" host rolled a supercut of GOP candidates such as Florida Gov. Rick Scott and Wisconsin Gov. Scott Walker promising voters to protect their health care -- even though Republicans have staked their reputation on undoing the Affordable Care Act.

Scarborough said those other Republican candidates assuring voters they would protect their health care had either participated in lawsuits on behalf of insurance companies or voted in Congress to ensure those carriers did not have to cover pre-existing conditions.

"They're all lying through their teeth," he said. "It's unbelievable, no shame -- the death of shame."

That courtship ended in humiliating failure on Monday night after Trump formally endorsed incumbent Texas AG Ken Paxton, who late last year filed a lawsuit with the Supreme Court in a failed bid to overturn the results of the 2020 presidential election.