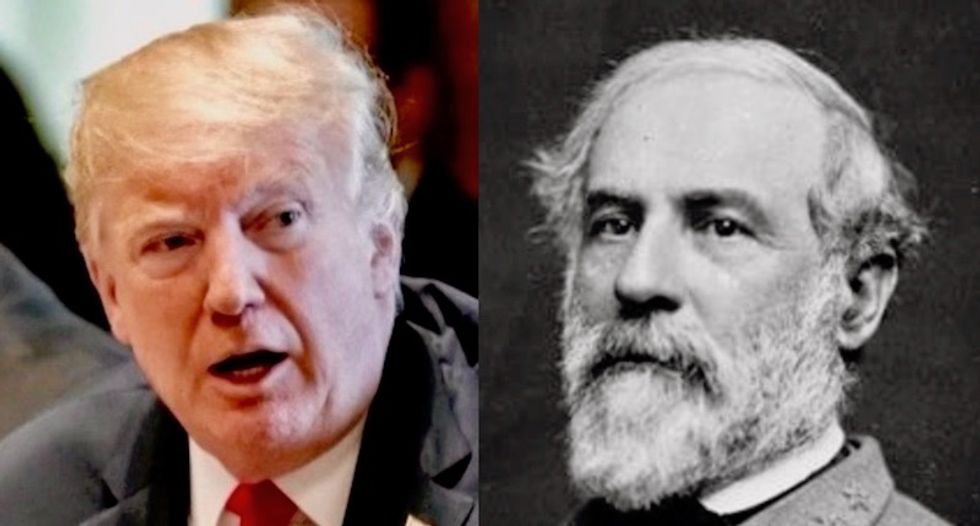 It only took the president less than 10 minutes before he made outrageous remarks.

Watch below via NBC.