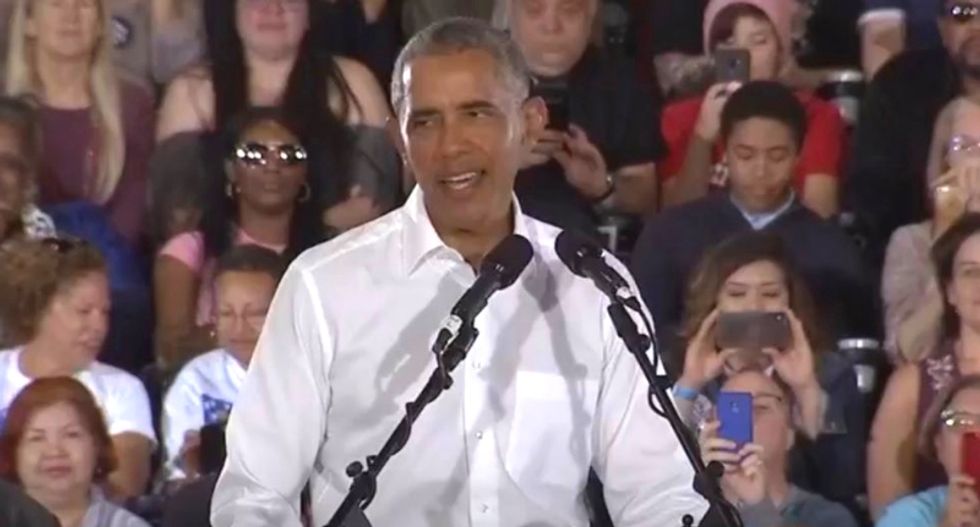 Former President Barack Obama campaigns for Democrats ahead of the 2018 midterms. Image via screengrab.

During a campaign stop in Nevada, former President Barack Obama took a thinly-veiled jab at Donald Trump for creating and promoting conspiracy theories.

While encouraging rallygoers to get out and vote early for Democrats in the Southwestern state, the former president noted that "unlike some, I actually try to state facts."

Though he did not mention Trump by name, the remarks could easily be seen as a reference to the president who has been repeatedly criticized for lying about everything from the size of his inauguration crowd to "widespread" voter fraud.

Earlier on Monday, Trump twice mentioned a new evidence-free conspiracy theory — that there are "unknown Middle Easterners" amongst the undocumented migrants traveling in a caravan headed for the United States border.