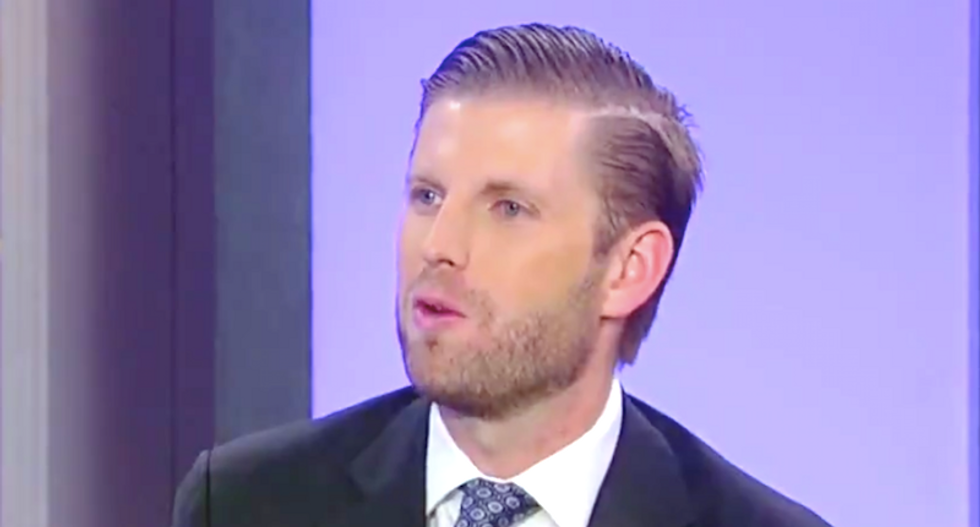 Eric Trump blatantly lied about Russian and Saudi investment in the family business he's running while his father serves as president.

President Donald Trump's son appeared Thursday morning on "Fox & Friends," where he insisted the two nations had no business relationship with the Trump Organization.

In fact, Eric Trump boasted in 2014 of his family's business ties to Russia, saying they relied on those foreign investments after U.S. banks stopped lending to them.

“We don’t rely on American banks," he told a golf reporter four years ago. "We have all the funding we need out of Russia.”

The Trump Organization also relies heavily on Saudi investment in hotels, office spaces and apartments, and the president once sold a yacht to a Saudi billionaire.

"I love the Saudis," Trump said when announcing his presidential bid at Trump Tower in 2015. "Many are in this building."