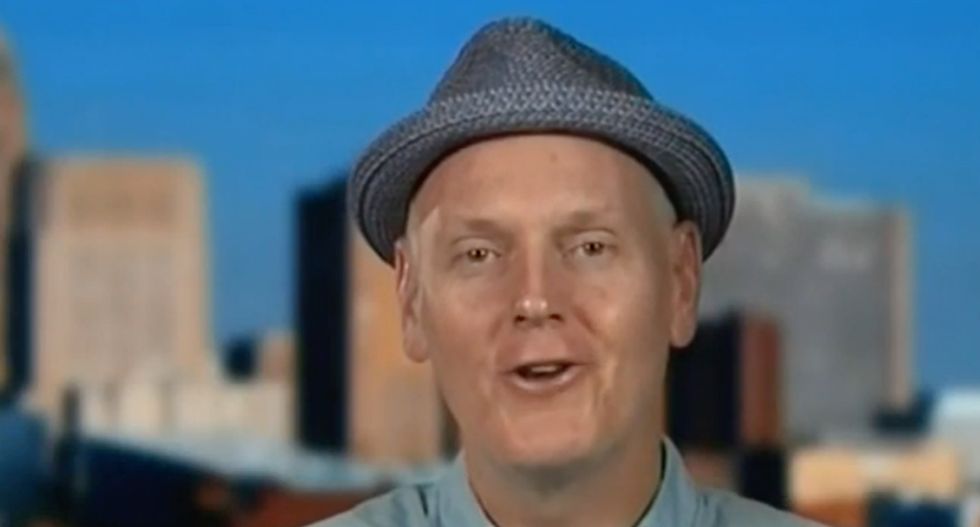 Doug Pagitt, the liberal evangelical who leads Vote Common Good, told C-SPAN on Tuesday that President Trump was losing his hold on the evangelical community -- and that women were leading the way.

Pagitt pointed out that although support for Trump was high among people who identify as evangelical Christians, it wasn't as high among actual churchgoers.

"People who self-identify as evangelical, 80% of those people voted for Trump," he said. "But when you ask the question that if you attended a regular church service, the more often evangelicals attended church services or were actually engaged in communities of faith, the number -- the percentage of support for Donald Trump goes down."

Pagitt added that the demands of the Christian faith are incompatible with support for the administration, and ultimate cause a crisis for believers.

"If [evangelicals] are engaging in both issues of faith and issues of civic life, that they are beginning to see you can have a Christian faith, in fact your Christian faith calls you care for the least of these in this country and you cannot simply go on supporting the Trump administration and a Republican Congress," he said, adding that he'd spoken with evangelicals with a variety of political leanings.

"What's brought all of us together is we see that this presidency needs to be restrained," Pagitt said. "The founders anticipated a president like this, and the remedy was a Congress who would stand up to this presidency."

Pagitt also said that it was evangelical women who were leading the way.

"Women are always the driving force and the primary leaders in these churches, even when churches don't seem to recognize their leadership," he said. "Many Republican women are so newly enraged about what is going on with the Trump administration and this complicit congress that they are willing to change their long-held political party affiliations to do something about it."

Pagitt said Christians everywhere were having "a crisis of faith" and "the leadership is primarily coming from evangelical women."

"It is very hard for these women to go to their church and hear the idea that the truth will set you free while the Trump administration is lying and deceiving and exaggerating at the level they are," he said. "Evangelical women are the voting bloc we think is going to make the difference, not only in that Senate race in Texas but across the country."