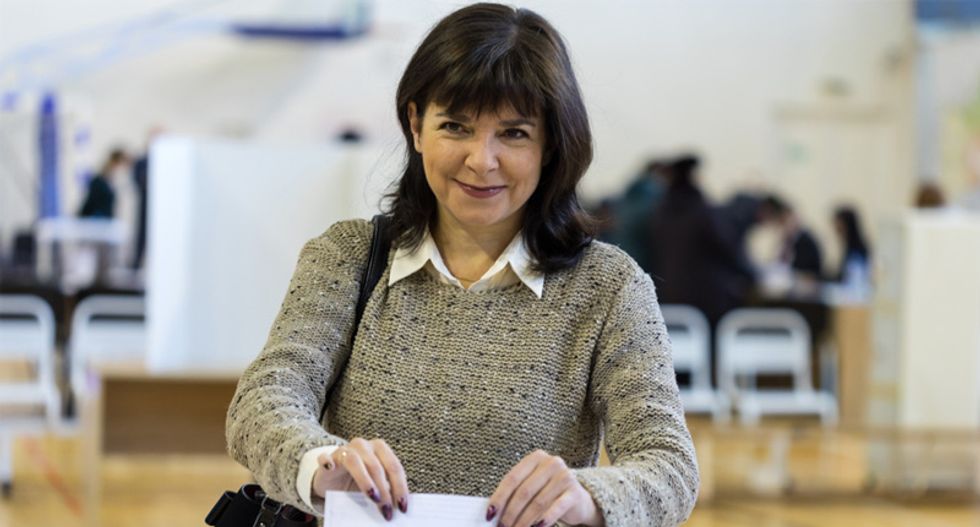 The president's most recent sexist statement once again raised questions about how he can conjure any support among women.

On Tuesday, Buzzfeed News reported on female voters who'd previously voted for Republicans; many claimed that the only thing that would draw them back to the GOP is if the party renounces Trump.

"Many of the women interviewed said they plan to vote for Democrats in 2018 because they have seen something change in the Republican Party in the wake of Trump’s election," Buzzfeed notes. "They expected a Republican Party that would moderate the president rather than remake itself in his image — an attitude that led some women to vote for Republicans alongside Clinton, or to take a chance on Trump himself."

"These voters want someone who will keep Trump’s worst impulses in check — and they no longer have faith that Republicans will do that," the author concludes.

"They need to stop being the party of Trump,” one woman told Buzzfeed.

Another woman said Donald Trump pushed her into "waking from my political coma.”

"The world wasn’t crazy, and I didn’t really do much research,” another voter noted.

Many seemed energized to boot Republicans out.

“I haven’t done much research on candidates yet,” another woman said. “But I can tell you it won’t be a Republican.”