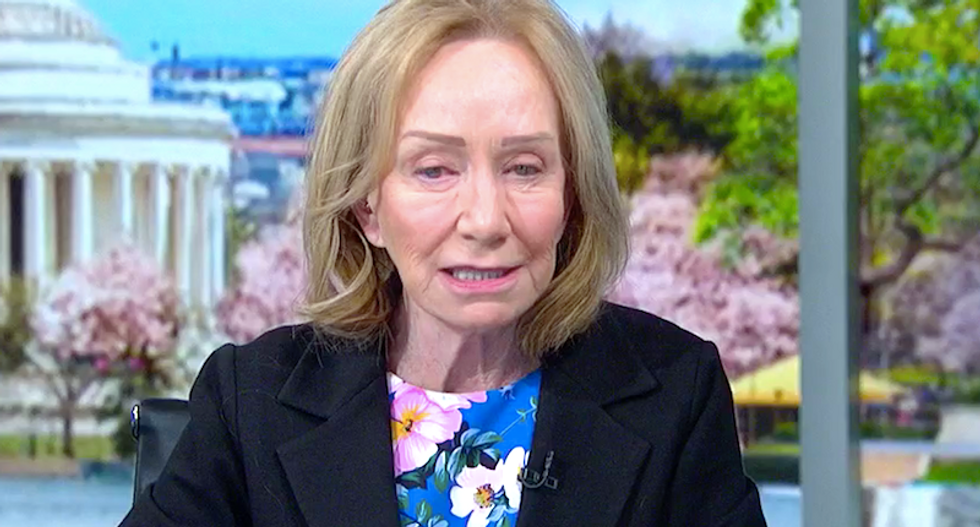 Historian Doris Kearns Goodwin agrees President Donald Trump is leading the United States down the road to fascism -- but she doesn't like to use that particular word.

The historian and author believes the word is too strong and loaded with negative associations to persuade Americans to reject Trump and his abuses, but MSNBC's Mika Brzenzinski challenged her to call out what she see clearly sees.

"Does this look like United States presidential leadership or would you argue, like Madeleine Albright does, that we are leading down a very different path here," Brzezinski said, "and all the pieces are fitting together towards someone that is trying to make this a dictatorship?"

Goodwin did not disagree, but she recoils at using such loaded terminology to describe a U.S. leader.

"The problem like using words like fascism or dictatorship is I think the pattern of behavior that we're seeing may be leading in that direction, and you just want to be able to persuade other people to look at this president," Goodwin said.

Goodwin laid out Trump's weaknesses as a leader, and she said Americans should worry more about those than his apparent appetite for authoritarianism.

"He controls his negative emotions," Goodwin continued. "A leader normally communicates honestly and with truth. If we can just show that he's not necessarily a leader, that's bad enough, rather than putting a label on him."

However, she warned darkly that Trump could gather dictatorial powers by placing himself above special counsel Robert Mueller's investigation -- but she argued that Americans should just wait until then to push back.

"When the Mueller investigation comes out, we may well see the rule of law being denied, and then we have to go after him," Goodwin said. "But right now we have to expand the people who look at him and see that this is not right what's happening, rather than turning them away by using a term like that."

Brzezinski wasn't persuaded by her argument.

"So pull back on the term, but every question or every check that you put out there for this president is no," Brezinski said. "So what's the word that we can use if we can't use certain words, apparently, because he uses any word he wants to use? I understand that you don't want to overreach, but tell us where we are right now in the process of devolving the presidency if you think that is happening?"

Goodwin agreed Trump was intentionally dividing the country for his own personal gain and amusement, but she again insisted that he should not be stopped until he upended the Mueller investigation.

"There is a feeling about him that the only joy he ever gets is when he's fighting somebody rather than exhilaration even of a victory, and that's not an ordinary leader," Goodwin said. "You should be taking problems and feeling great and something solved or when you've been victorious, but instead he comes to life when he's arguing with other people and calling them names, and we have to focus on that."

She said the president seemed to be leading the country to fascism, but she hesitated to call out his ambitions at this point.

"Leadership is what matters and then we can figure out what to label him as things go down the line," she added. "We may be reaching that point. If he were to do something with the Mueller investigation and stop it, then clearly we have to talk about the rule of law and dictatorship."