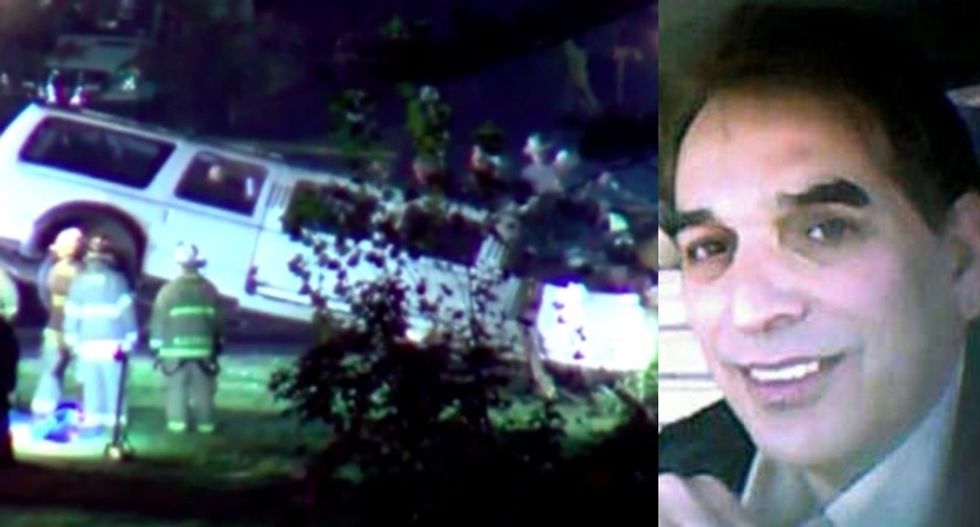 The owner of the limousine company involved in a deadly crash in Upstate New York has been identified — as a Pakistani-born FBI "superinformant."

Rochester's Democrat and Chronicle newspaper reported that Shahed Hussain owns Prestige Limousine, the livery company that failed multiple inspections before the fatal crash that killed 20 in Schoharie County on Saturday.

The limo company owner's lawyer also confirmed that he was indeed the same Shahed Hussain who became a "celebrated informant" for the FBI.

A 2011 Mother Jones profile describes Hussain, a DMV translator who used his official role to help people cheat driving exams for cash, as a "superinformant."

"Hussain pleaded guilty to a felony in relation to the DMV scam but avoided prison and deportation by becoming an informant," the Democrat and Chronicle noted, "working in the Muslim community to find people that had radical tendencies."

In 2006, the Pakistani immigrant's work with the bureau led to the arrests of two Albany men who were accused of trying to buy a missile. In 2009, he went undercover and helped the FBI secure convictions for four men who allegedly planned to "shoot down airliners and plant bombs," the report noted.