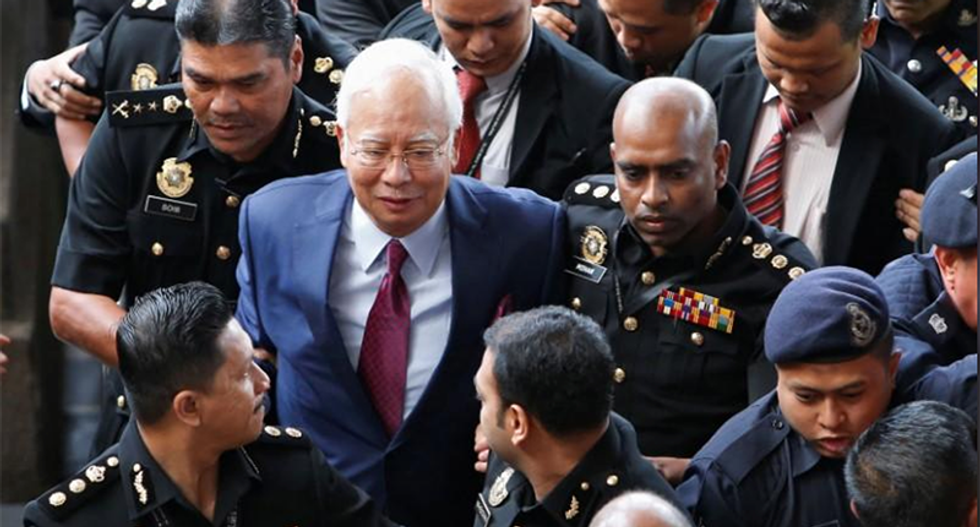 The charges against Najib and Irwan Serigar Abdullah, Malaysia’s former Treasury secretary-general, were the latest in a widening crackdown on corruption.

The two pleaded not guilty to all the charges.

If found guilty each charge carries a jail term of up to 20 years, a financial penalty and a whipping sentence but both Najib and Irwan would be exempted from whipping as they are over the age of 50.

They also committed the offense with 5.12 billion ringgit of other government funds, prosecutors said.

Najib is already facing 32 money laundering, graft and breach of trust charges over transactions linked to state fund 1Malaysia Development Berhad (1MDB). Najib has pleaded not guilty and his trial is due to begin next year.

U.S. authorities allege that $4.5 billion was siphoned from the fund and that about $700 million was diverted into Najib’s personal bank accounts.

The corruption scandal at 1MDB, founded by Najib in 2009, led to the downfall of his coalition in the May general election.

Several former high-ranking officials have been charged with suspected graft since the unexpected election victory of a coalition led by Mahathir Mohamad.

Reporting by Rozanna Latiff and Liz Lee; Writing by A. Ananthalakshmi; Editing by Michael Perry