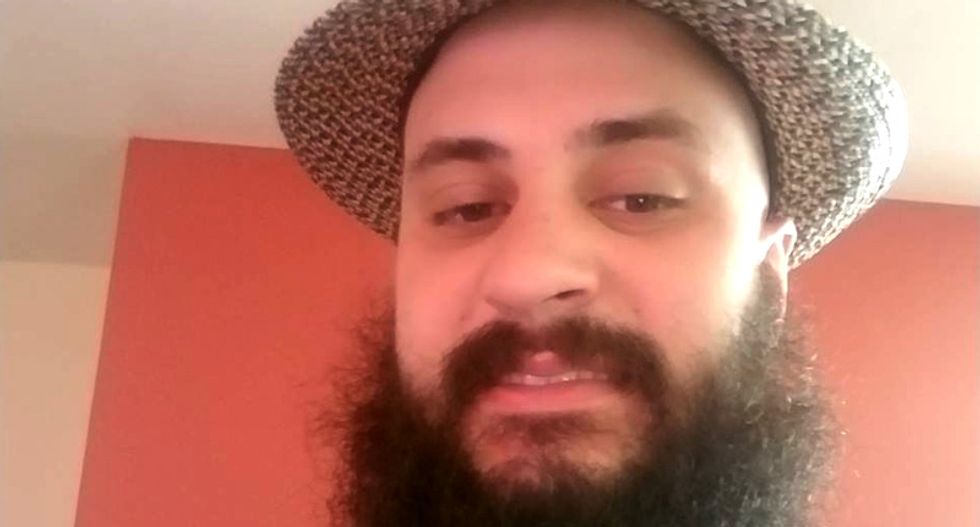 Court documents allege that in March and October 2018, Ryan attempted to purchase a lethal dose of a radioactive substance via the internet to kill an unnamed individual. On Oct. 24, Ryan was arrested and taken into custody without incident.

Following Ryan’s arrest in Black Earth, WI, a search warrant was executed at his residence in Madison by FBI Milwaukee and FBI Chicago's Hazardous Evidence Response Team. There is no danger to the public associated with these enforcement actions.

The Daily Beast first reported, as it confirmed with police, that the man who was arrested was the failed GOP candidate.

Ryan's campaign website depicted him smoking from a bong and pitched his candidacy with the tagline, "Because Radical Change Requires Something Radically Different!" Oddly, although he ran as a Republican, his issues page essentially pitched a liberal platform and his most notable political activism up to that point was protesting Act 10, the GOP-backed state law undermining collective bargaining.

He ended up taking 10.4 percent of the vote in the primary, behind even white supremacist Internet troll Paul Nehlen.

Trump is mentally deteriorating -- and his 'sadistic' rhetoric has hit a dangerous new level: psychiatrist

On Jan. 6, Donald Trump attempted a coup to nullify the results of the 2020 presidential election. Thousands of his followers attacked the U.S. Capitol with the goal of preventing the certification of the Electoral College votes, a ceremonial procedure that would formally make Joe Biden the next president of the United States.

Five people died as a result of the Capitol attack. Capitol Police and other law enforcement fought bravely before being overrun by Trump's cult members, political goons and right-wing street thugs and paramilitaries. If not for the valiant efforts of those officers that day, the halls Congress could have been turned into a bloodbath. Vice President Mike Pence, House Speaker Nancy Pelosi and others deemed by Trump and his followers to be traitors could easily have been murdered.