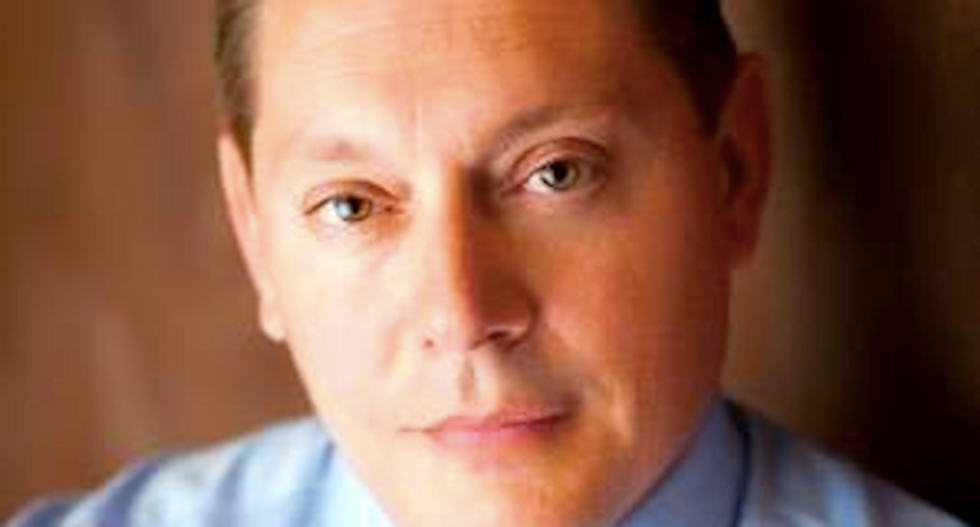 A former Trump adviser and Fox News contributor mocked the targets in a string of mail bombings this week.

A dozen suspicious packages have been addressed to prominent critics of President Donald Trump, and anti-science corporate activist Steve Milloy singled out one of the victims and claimed the bombs were phony.

"Having a fake bomb addressed to you is the new Democrat status symbol," Milloy tweeted. "Did Spartacus send this to himself?" 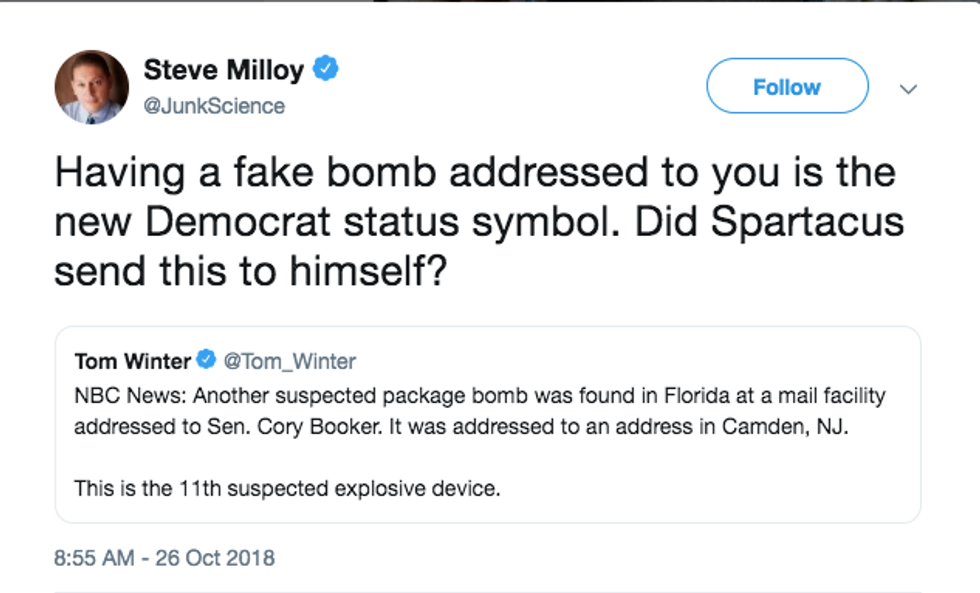 Conservatives have mocked Booker as "Spartacus" after the New Jersey Democrat referred during the Brett Kavanaugh hearings to the Roman gladiator who led a slave revolt.

Milloy, who helped popularize the term "junk science" and is a longtime legal foe of the Environmental Protection Agency, served as an environmental adviser to the Trump transition team and was a Fox News broadcaster for nearly a decade in the early 2000s.