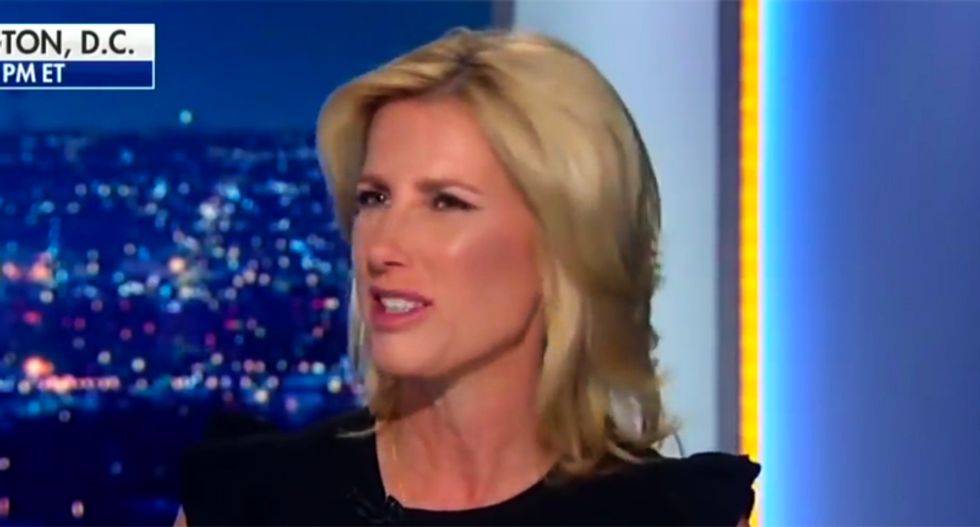 Despite the fact her ratings are surging, major advertisers still want nothing to do with Fox News personality Laura Ingraham months after a boycott was called for when she mocked a Florida teen shooting survivor.

According to Politico, Ingraham's show has never recovered from the backlash she brought upon herself when she ridiculed shooting Parkland survivor David Hogg and then created another furor by describing controversial government immigration detention facilities as "summer camps."

Prior to those offensive comments, which are normally de rigueur on the conservative network, the host's "Ingraham Angle" show enjoyed a rotating advertiser roster numbering nearly 229 brands. According to an advertising analyst, that number dropped to 71 after the boycott was announced and only recently rose to 85.

Despite the fact that her show is fourth on the cable news rankings -- following Fox's Sean Hannity, Tucker Carlson and MSNBC's Rachel Maddow -- advertisers still aren't interested in being linked to her in order to reach her almost 2.7 million viewers each night.

“That boycott held firm, regardless of the fact that audience ratings are increasing,” explained Kantar Media chief research officer Jon Swollen. “There are still a number of advertisers that don’t want to be associated with the program.”

He then added, "Brands are skittish about alienating potential customers.”

While Ingraham's show used to feature ads from heavy hitters national brands like Geico, Arby’s, Liberty Mutual and Humira -- nowadays the bulk of her show's deeply discounted ad time is only interesting to what an ad exec called "bottom feeders."

Those advertisers are made up of direct-sales companies who "are less picky about where their ads appear."

According to ad exec Swollen, the hit to Ingraham is costing the Fox network 15 percent to 30 percent of what it previously took in from her show.

“They’re kind of forced off, whether they want to be or not,” Marianne Gambelli, the head of ad sales for Fox said of spooked advertisers, but said she still believes they will return. “They go silent for a while because they don’t want to be part of the controversy either way…They go quiet and come back.”

Greenback to bear signatures of two women for first time

The US dollar will bear two women's signatures for the first time, belonging to Treasury Secretary Janet Yellen and US Treasurer Lynn Malerba, officials said Thursday as they unveiled the banknotes.

The notes are set for delivery to the Federal Reserve this month and will be in circulation starting 2023, according to the Treasury Department.

The Metropolitan Opera said Thursday that a cyberattack had prevented its website, box office and call center in NY from functioning.

The prestigious institution said its "network issues" had begun on Tuesday.