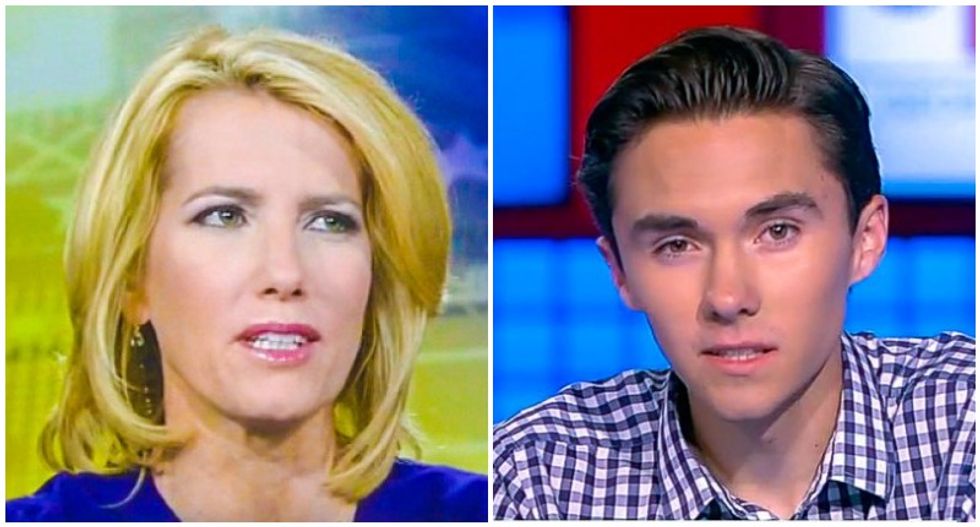 At least one advertiser is pulling its sponsorship of Laura Ingraham's program after the Fox News host attacked a survivor of the Parkland school shooting.

The syndicated talk radio host, who also broadcasts weeknights on Fox News, gloated over reports that gun safety advocate David Hogg had been rejected by four colleges despite stellar grades.

The 17-year-old Hogg responded to her insults by urging a boycott of her Fox News program's advertisers.

The first advertiser to drop Ingraham was pet food maker Nutrish, which responded to Hogg's post and to numerous individual Twitter users.

TripAdvisor announced it would end sponsorship of Ingraham's program later Thursday, and the host issued an apology to Hogg.

When asked for a comment, Fox News pointed Raw Story to two tweets from Ingraham, in which she apologized.