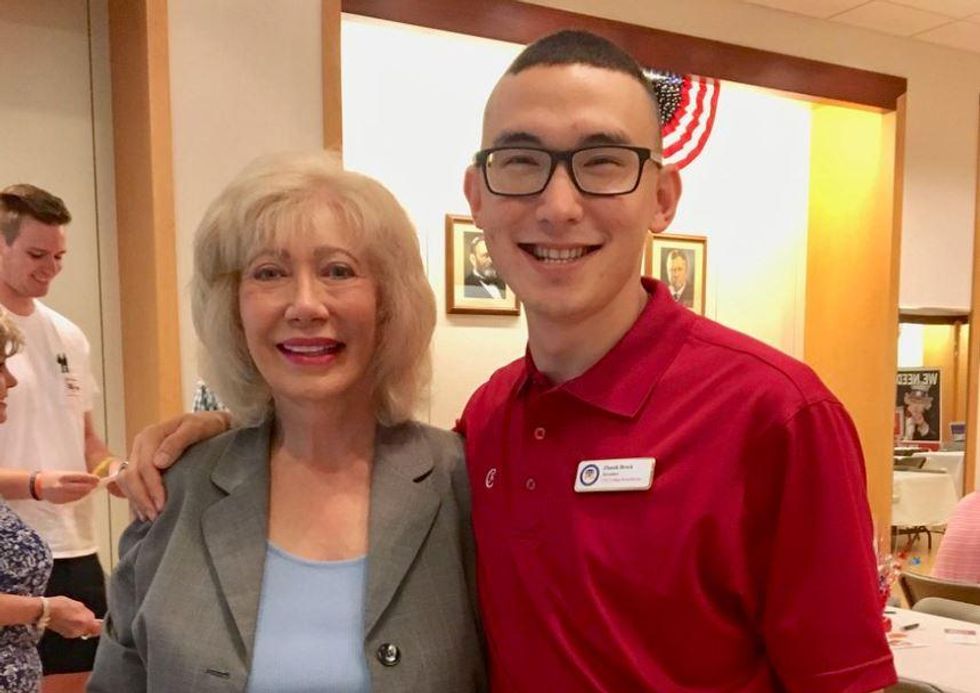 Valerie Clark, a Republican candidate for Georgia House District 101, has fired a campaign member for old racist social media posts in which he encouraged his followers to "vote white."

The Atlanta Journal-Constitution reports that Clark this week denounced the multiple racist and sexist messages that former campaign staffer Aaron Zhanik Brock posted years ago when he was 18 years old.

Among the many offensive posts that Brock wrote include slogans such as "You vote for black, you can't go back -- you vote for white, it'll be alright" and attacks on former Democratic nominee Hillary Clinton that stated, "I've seen women drivers -- I don't want to see women presidents."

A 2013 tweet written by Brock wondered "what our country would be like if the South had won the Civil War," while also claiming that the Civil War was not fought over slavery but "state rights."

"I deeply regret what I said over five years ago and have since grown and matured in many ways, especially through these past two years since I’ve joined the military," Brock told the Atlanta Journal-Constitution. "Those old tweets do not reflect who I am in any way."

Clark, meanwhile, said that "these comments do not reflect my views and I am thankful that it was brought to my attention."