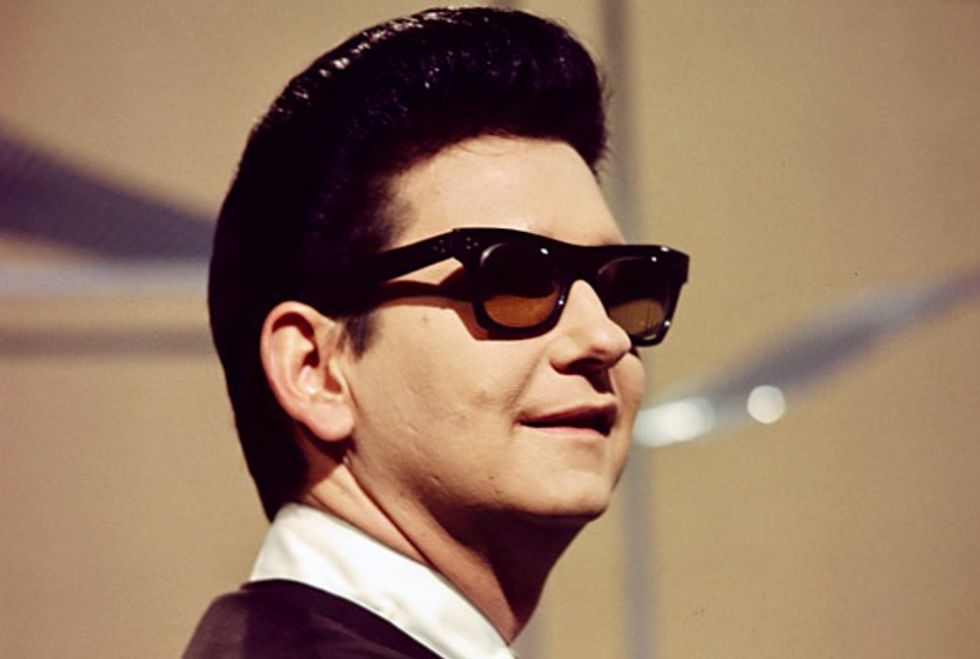 On Oct. 1 the U.S. leg of the Roy Orbison hologram tour will kick off in Oakland. At each stop, a computer-generated hologram of Orbison will be performing alongside an orchestra and band.

Back in January, when the tour was first announced, a handful of critics reacted with such horror that you would have thought the very future of music and morality were under siege.

Some saw it as an inauthentic, soulless attempt to mimic his live shows. Others accused the organizers of exploiting a dead artist without his consent and even erasing the line between life and death.

I saw Roy Orbison perform on a number of occasions from 1964 to 1988. I am also the author of “Roy Orbison: The Invention of an Alternative Rock Masculinity.”

So you might assume that I would echo these critics and view the Roy Orbison hologram tour with suspicion.

However I had a chance to see the Orbison hologram concert in London on April 18. If anything, it was a fitting tribute to Orbison’s legacy and a logical step in the evolution of live performances.

A different sort of star

When Roy Orbison attained international fame in the 1960s, rock ‘n’ roll hadn’t seen or heard anyone like him.

He’d gotten his start in west Texas in the mid-1950s with his band The Teen Kings. He then moved to Sun Records in Memphis, where he joined rockers such as Elvis Presley and Jerry Lee Lewis.

During this early period, much of Orbison’s music – and The Teen Kings’ energetic onstage performances – mimicked the era’s flashy, macho style.

By 1964, however, Orbison had become a different sort of performer. He started dressing in black and wearing sunglasses. During shows, he stood still and seldom spoke between songs, many of which were ballads.

In hits like “Running Scared” and “Crying,” he doesn’t boast about his sexual prowess; instead, he croons about male fear and emotional paralysis.

He was largely self-taught and eschewed the common “verse-chorus-bridge” structure of the era, penning complex compositions that often built towards melodramatic climaxes of pain, loss and anxiety. When recording, he augmented guitars and drums with violins and orchestral string instruments, and he sang in a four-octave range.

For this reason, some see Orbison as more like a classical musician than a rock star. During a 2006 speech honoring Orbison at the Rock and Roll Hall of Fame, Elvis Costello compared Orbison’s song “Crawling Back” to classical composer Robert Schumann’s songs.

In this way, he also challenged conventional gender roles of the times. As Bono exclaimed in a video played during the hologram concert: “He sings like a girl!”

Musicians such as Chris Isaak, Bernie Taupin and Bruce Springsteen have also spoken of their deep admiration for Orbison. They described his stage presence – and body – in unusual terms: He was “godlike,” “frail” and “angelic,” “unique to the species” or “from another planet.”

As Bruce Springsteen remarked, he looked like someone you could put your hand through – much like a hologram.

Are holograms really that radical?

Celine Dion performed a duet with an Elvis Presley hologram in 2007, and a hologram of Tupac Shakur joined Snoop Dogg and Dr. Dre on stage in 2012. In 2014, the specter of Michael Jackson entertained his adoring fans.

But you would think, based on some of the responses to Orbison’s tour, that its organizers were committing sacrilege. Even a mostly positive review noted that the show “feels like a ghoulish cash-in, trading on gimmickry and shock value,” that there was “something very ethically unsettling about the whole endeavour.”

Yet for all the flak hologram concerts have received, music shows have long been anything but “live.”

Where’s the outrage over giant video projection screens, which eliminate the unmediated presence of the performer? Unless you’ve been able to score choice tickets, you’ll spend most arena shows staring at a Jumbotron.

Then there’s the music itself. Many shows today feature prerecorded instrumentals and verses. Some hip-hop artists perform with just their laptops, while remixes and sampling are common in recordings. Duets with deceased artists have become more common, too: Raul Malo “covered” Simon and Garfunkle’s “Bridge Over Troubled Water” with none other than Roy Orbison, who had been dead for over a decade.

In fact, computer-generated artists like Lil Miquela represent an even more extreme pole. Hologram concerts use digitally recreated images of artists who were once alive. But there’s no real person or body behind these digitally-created, fictional ones.

The man who was never there

His public persona was so mysterious that his fans didn’t know much about the man behind the shades.

In the early 1960s he had no publicist and did few interviews. Music and entertainment magazines rarely covered him, and he seldom appeared on television. His greatest hits albums didn’t even have cover photos of him.

He seemed to be defined by an absence, which then materialized as a dark, quiet persona who always kept his eyes covered in public, inviting people to project their thoughts, fears and melancholy onto him. 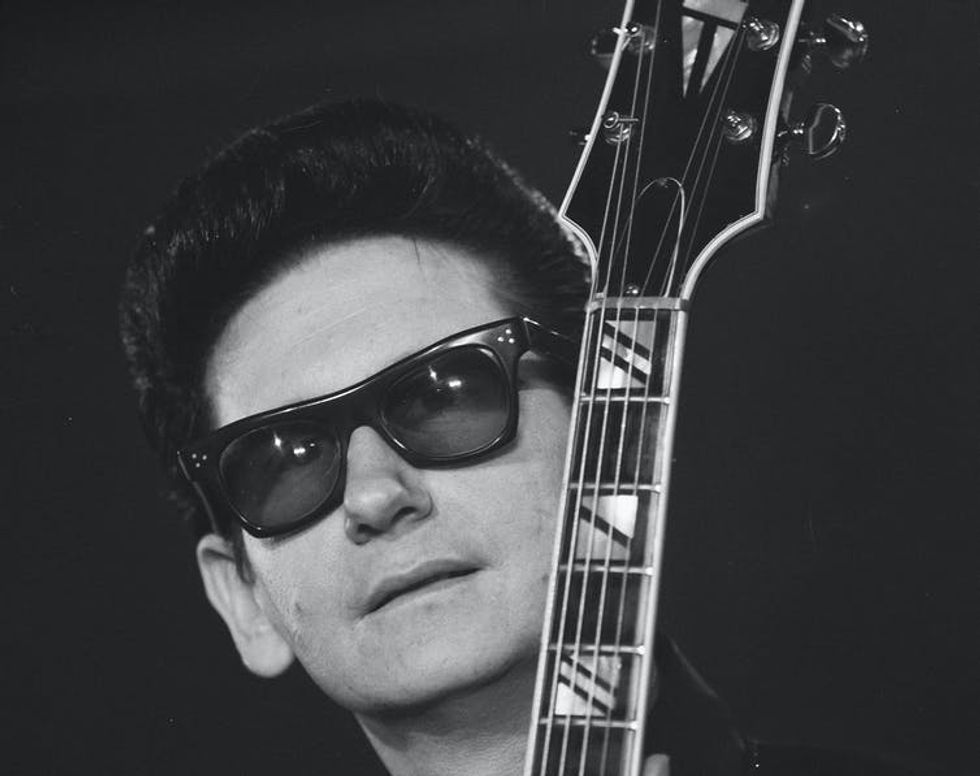 Unlike the macho rockers of the 1950s, Orbison sang of loneliness and vulnerability.

At the London show, the concert emphasized, from the very beginning, the unreality of Orbison’s body: The hologram emerged from the floor of the stage – defying physics – and later disappeared into the floor before intermission.

The hologram tour also mimicked Orbison’s approach to his live shows. The specter of Orbison performed standing in one place and didn’t speak between songs; likewise, the audience sat quietly during the set, soaking in his words and music.

There were no screaming fans or adoring groupies. No one threw anything at the hologram knowing it could go through him, not to him.

But Roy Orbison was an unusual rock star, and such antics were never common at his concerts. Perhaps this makes Orbison – the man who was never really there – an ideal avatar for this new form of music.