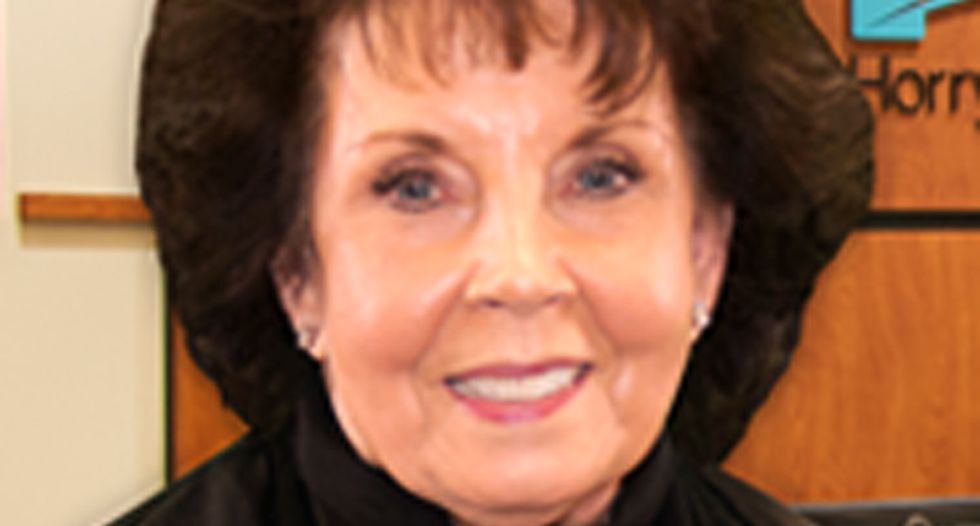 Two groups have called for the immediate resignation of a South Carolina Republican school board member for writing on Facebook that she intends to falsely accuse the eventual 2020 Democratic presidential nominee of sexually assaulting her.

According to WBTW, Horry County School board member Sherrie Todd, a Republican, took to Facebook to comment on sexual assault accusations levied against now-Supreme Court Justice Brett Kavanaugh by stating she planned to make a false accusation against a Democrat.

Todd wrote, "I've already decided that whoever wins the Democrat nomination in 2020 sexually assaulted me 40 years ago."

Since that September comment, Todd has been under fire in the community, firing back that she was hacked and made no such assertion.

According to Lorraine Woodward of Grand Strand Action Together, Todd should in no way be allowed near a school board working on policies for teens.

"Imagine being a teenage girl or guy being sexually assaulted and then see a post making fun of your situation," Woodward stated.

Horry County Alliance for Educational Justice spokesperson Dameion Fowler agreed, saying, "Personal responsibility and accountability is supposed to be for everyone. If you're going to teach it, if you're going to preach it, you better practice what you preach."

You can watch the WBTW video of the school board meeting below: