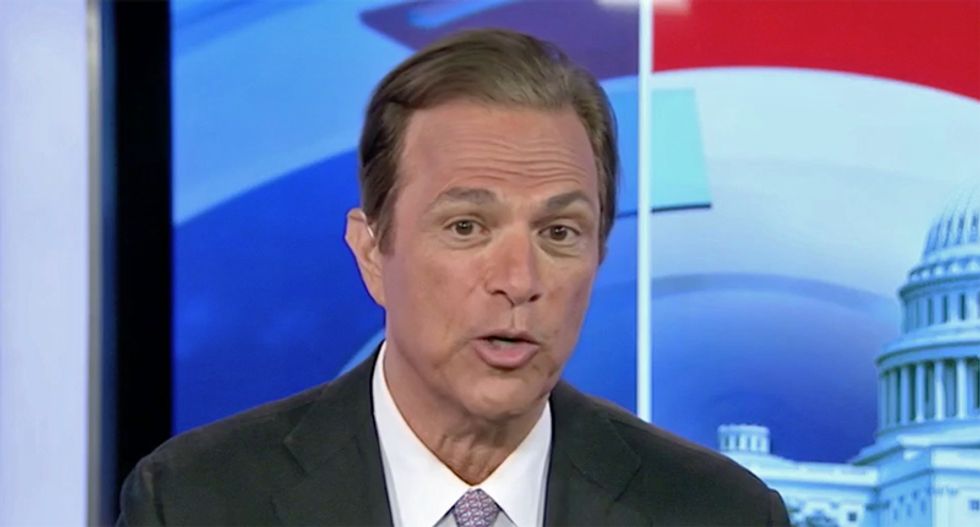 The premier broadcast of MSNBC's new Saturday morning show "Up with David Gura" featured clips from President Donald Trump's Friday night speech in Lebanon, Ohio presented in a manner paying tribute to documentary filmmaker Ken Burns, the creator of the famous 1990 miniseries on the Civil War.

"Your reaction to the yarn that he spun last night?" Gura asked. "I don't know where President Trump got what he said last night, but talk about a bit about the importance of history to presidents over the years."

"It's absolutely crucial, it makes a great leader," Beschloss replied.

"Harry Truman said, 'not every reader is going to be a leader, but every leader has to be a great reader and know history.' If you're president, you don't have a user's manual, all you know is what earlier presidents did and where they succeeded, where they failed," he explained.

"The other thing, David, is I don't think that I've ever seen that Lincoln ever was told that you can't use Grant because he's an alcoholic," the presidential historian noted. "I think that was not necessarily in the historical record."

Beschloss, the author of the new book President's of War, also issued a warning about how Trump's failure to know history could harm America and cost lives.

"The biggest danger there is that presidents have often been drawn into wars that may not have been necessary, often times by fake incident," he reminded. "What we always have to depend upon a president for, is to make sure we don't get into unnecessary wars, and I worry about President Trump."

"In 2011, he tweeting claiming that -- he said in his tweet -- Barack Obama will get us into a war to get re-elected. That's a very dangerous concept to be in any president's mind," Beschloss warned.