'I'm not going to put up with it!': Fox News panel explodes when black guest confronts Matt Schlapp about racist tweets 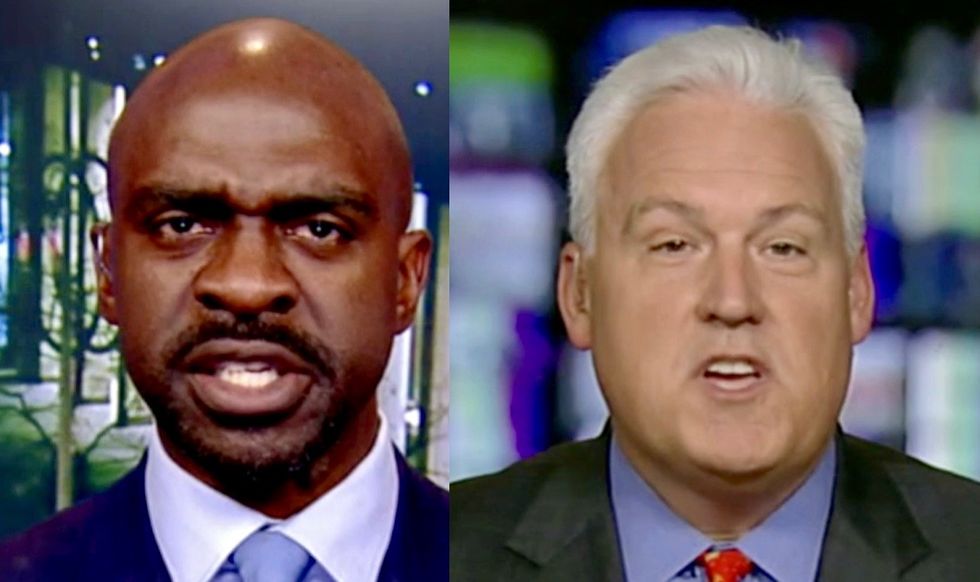 Following the vote to confirm Brett Kavanaugh to the Supreme Court, Schlapp tweeted out a photo of three senators who are people of color with a warning to whites in rural states. Even some Republican commentators were aghast at the time.

Blake called Schlapp out over the tweets. Schlapp, who made waves earlier this year for a series of racist remarks about former RNC chief Michael Steele, became angry.

"So I'm a racist—this is where you guys always go," Schlapp said. "This is irresponsible!"

Blake repeated the contents of Schlapp's tweet, which he called "the epitome of race-baiting."

"Every deplorable and Trump supporter who is now listening to this interview can now see that what Democrats do is call us fascists and racists," Schlapp said.

Schlapp then launched into a defense of Kavanaugh where he accused Blake of trying to make it about race.

"Stop this! This is an irresponsible use of time on this show!" Schlapp said.

"I, quite frankly, am not going to put up with it!" Schlapp said.