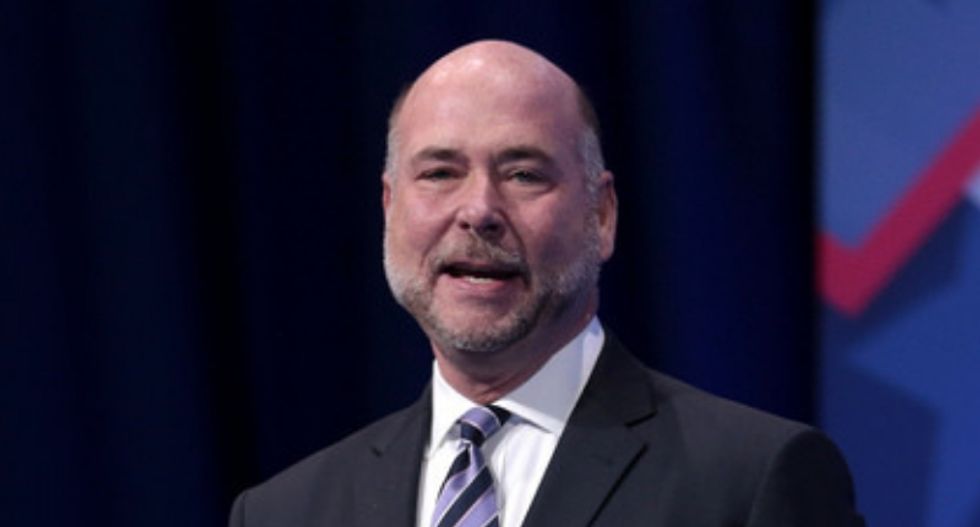 Indiana's Republican House Speaker paid a law firm more than $40,000 in campaign funds to get "unflattering" information on a former intern who claimed to have had an affair with him decades earlier.

Fox59 and the Indianapolis Star reported that state House Speaker Brian Bosma, a Republican from the capital, hired white collar crime lawyer Linda Pence (no relation to the vice president) to gather information on Kandy Green, a woman who alleged that she performed oral sex on Bosma 1992 was an intern for Indiana House Democrats.

The Star noted that Green did not accuse Bosma of any crime and told the newspaper about the alleged encounter after its reporters contacted her unsolicited while investigating sexual impropriety in the state legislature. The woman "expressed mixed feelings about the encounter," the report noted.

Green initially described her encounter with Bosma as consensual and the result of light flirtation in the halls of the state legislature, but in subsequent interviews with the Star expressed a sense of powerlessness when she learned the politician was attempting to discredit her.

"I didn’t feel like I was able to say no," the woman said, noting that Bosma was in a position of authority and that she worried about the status of her job.

Green said she was questioned by Democrat Mike Phillips, then the state's House Speaker, about the alleged encounter and whether she'd shared any information about internal Democrat discussions with him. Phillips claimed to not recall the meeting.

The woman's story was corroborated to the Star by her family members and two lawmakers who knew her at the time.

Rep. Vanessa Summers, a Democrat who supervised Green's internship, said she overheard the woman discussing the encounter with another intern and referred it to the House Speaker. Rep. Charlie Brown, another Democrat, said he was also aware of the situation because it was discussed among the Indiana Black Legislative Caucus, of which he was a member.

Green said she left her internship shortly after the encounter because she was pregnant with her then-husband's child and couldn't handle the stress, but Summers, the report noted, said she was "sent home."

"She didn’t complete her internship,” the female Democrat said. "I never spoke about it again."

Bosma denied that the encounter — which Green alleged happened in a motel parking lot — ever occurred.

"This unsubstantiated story from over 26 years ago is unequivocally false," Bosma said in a statement. "It wasn’t true then and it’s not true now. The source of this claim has been entirely discredited on several occasions and no responsible journalist would publish it. My engagement of Linda Pence, a well-respected attorney and Democrat, was for the purpose of protecting my reputation from a false story by the Indianapolis Star."

The Star noted that the speaker didn't elaborate on the ways Green had been "discredited."