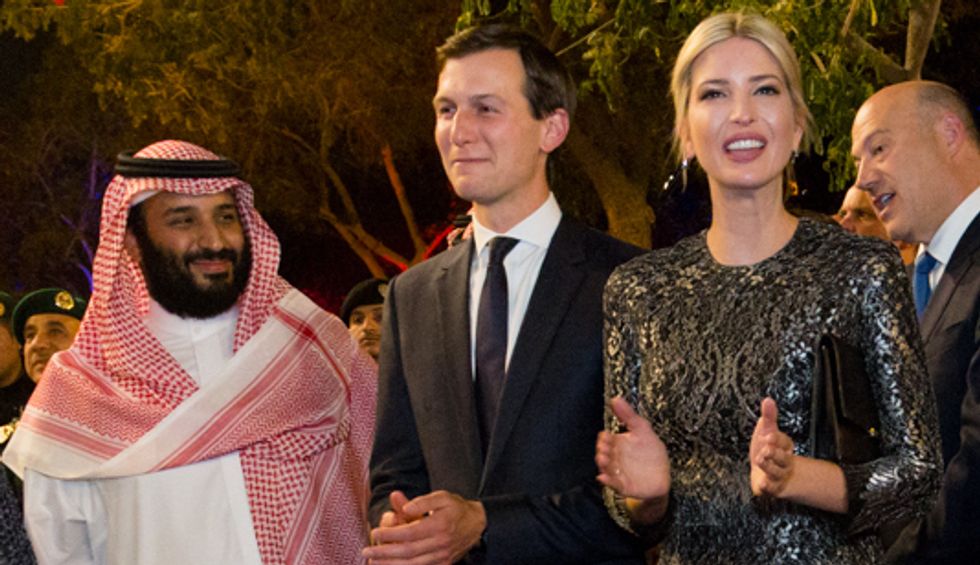 Crown Prince Mohammed bin Salman, the reporter told MSNBC's Joy Reid Friday night, has bragged that he "has Jared Kushner in his pocket."

That relationship may have to do with both being "princes," Hasan noted — one literal and one figurative.

"What I find so fascinating when we talk about Jared Kushner and [bin Salman] is that they're both so similar," the reporter said. "They're both kind of spoiled brats in their 30's, overpromoted and actually not very good at their jobs."

"Everything MBS touches turns to dust," Hasan continued, referencing the country's ill-fated war in Yemen and blockade of Qatar.

The reporter proceeded to question why it took the likely murder of Saudi journalist Jamal Khashoggi, allegedly ordered by bin Salman, for American companies to "think again about how much they've buddied up with the Saudis" as those companies pull out of a planned conference in the desert kingdom.