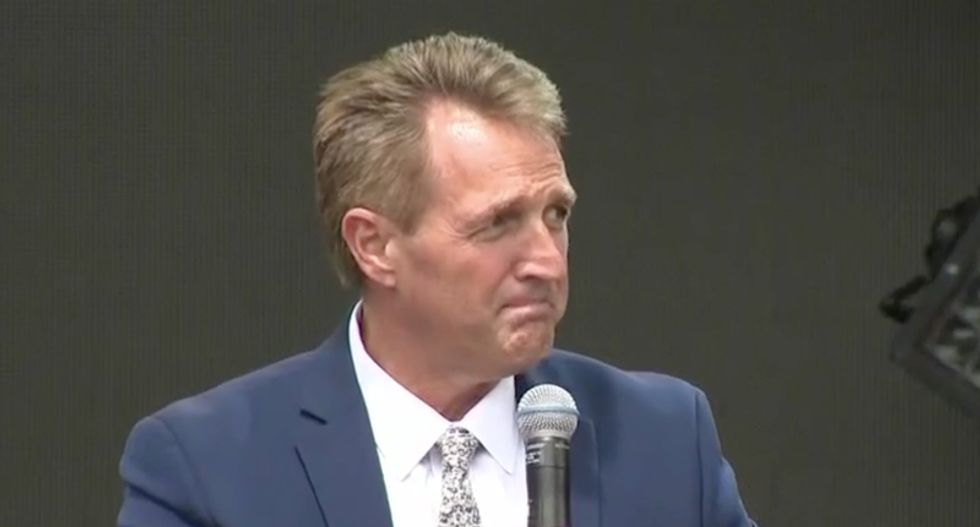 A feisty Jeff Flake strongly criticized President Trump's political rhetoric Monday in an appearance in Boston Massachusetts, where he said partisanship won't solve the United States' problems. The Republican senator, who is retiring after this term, appeared at a Forbes' Magazine "30 under 30" conference.

"I could never warm to the president," Flake told the audience, rattling off a long list of examples. "Long before he ran, he talked about President Obama not being a citizen. I thought that, itself, is disqualifying."

Flake told the young audience that Trump's attacks on his opponents crossed a line. "We can't refer to our opponents, political opponents on the other side of the aisle as losers and clowns," he said. "We have too big of issues to solve in this country than to just be partisan all the time."

Flake lamented that his party had not taken the advice of the so-called "autopsy report" commissioned by the Republicans after Mitt Romney's 2012 loss to Obama. Noting that the report "determined that we had to appeal to a broader electorate," Flake said "unfortunately, we've been driving down and drilling down on the base and that only takes you so far."

The senator indicated he agreed with "Never Trump" Republicans, who he said were "yearning for a more decent politics."

"Stand for your principles, yes," he said. "But understand that compromise is not a dirty word."