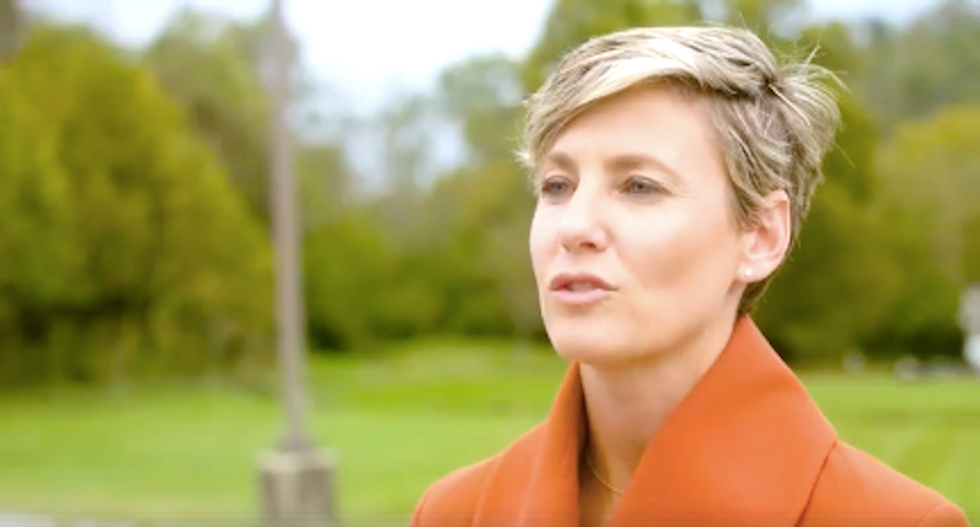 A county Republican Party group in Kentucky claimed a pair of Democratic candidates had signed a pledge supporting amnesty for undocumented immigrants -- but later admitted they did not know their actual positions on the issue.

"Did you know? Liberal Democrats like Dennis Keene and Rachel Roberts signed a pledge saying they supported the Democratic Party platform to give illegal immigrants in-state tuition and amnesty," the group posted on its Facebook page.

Roberts, a Newport Democrat, called out the GOP group on her own Facebook page.

"When you cannot support your candidate on policy you apparently just make lies up out of thin air to distract," she wrote. "Now, many people in our district are receiving robocalls with the same message. This is at least the second time KY Republicans have made calls spreading absolute fabrications about me."

The Campbell County GOP responded -- and inadvertently revealed they did not actually know Roberts' position on the issue.

"What did we get wrong?" the group responded. "We would love to hear your positions on how you differ from the Democratic Platform and the voters also deserve to know. What are your positions on ICE and amnesty?"

After several Facebook users pointed out their challenge was essentially an admission that they lied, the GOP group insisted the so-called pledge was the Democratic Party platform.

"When she signed her application to be a candidate, she pledged to uphold the democratic platform," the group posted. "This is part of that platform. However, we have asked Rachel to clarify her positions and how they are different from the platform and are happy to share those in the spirit of transparency. Our request has gone unanswered."

The state Democratic Party follows the national party's platform, which does "support efforts by states to make DREAMers eligible for driver’s licenses and in-state college tuition."

The Kentucky Council on Postsecondary Education has enabled some colleges and universities to offer in-state tuition residency to undocumented students based on their high school attendance.

A GOP-backed bill that would have essentially restricted admission and financial aid to citizens and permanent residents failed to pass in 2011.

"That is complete trash," posted political consultant Kathy Groob. "Immigration is not on the table in these state house and senate races. Neither of these folks have signed any sort of pledges. Your attacks (on) this campaign are very lame."