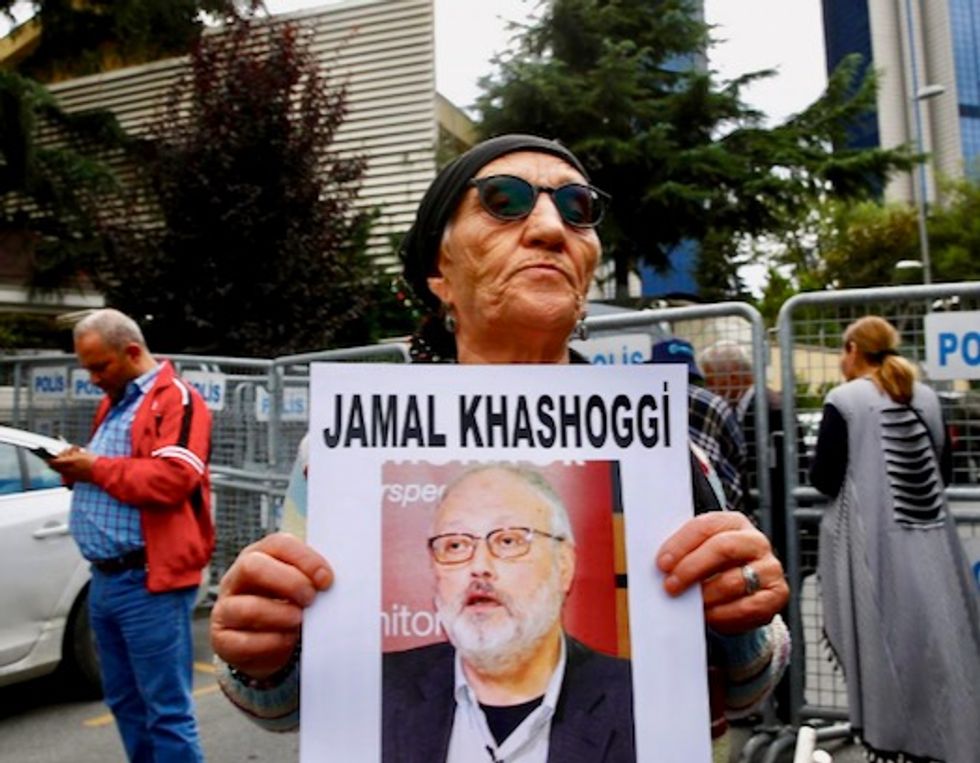 Media companies are pulling out of a Saudi investment conference because of growing outrage over the disappearance of a prominent Saudi journalist in Turkey.

Economist Editor-In-Chief Zanny Minton Beddoes will not participate in the Future Investment Initiative conference in Riyadh, spokeswoman Lauren Hackett said in an email.

Andrew Ross Sorkin, a CNBC anchor and New York Times business journalist, tweeted that he was not attending the conference, saying he was “terribly distressed by the disappearance of journalist Jamal Khashoggi and reports of his murder.”

Pressure has mounted on Saudi Arabia since Khashoggi, a critic of Saudi policies, went missing. He was last seen entering the Saudi consulate in Istanbul on Oct. 2.

The New York Times Co has also decided to pull out of the event as a media sponsor, spokeswoman Eileen Murphy said.

The Financial Times said in a statement that it was reviewing its involvement as a media partner.

Viacom Inc CEO Bob Bakish, who was slated to speak at the conference, has decided to not attend the event, company spokesman Justin Dini said.

Other media companies slated to appear at the conference include CNN and Bloomberg, according to the event’s website.

The disappearance of Khashoggi, a U.S. resident who wrote columns for the Washington Post, has cast a shadow over the three-day conference known as “Davos in the desert,” which is scheduled to begin on Oct. 23. The Post is owned by Amazon.com Inc founder and Chief Executive Jeff Bezos.

The event attracted some of the world’s business elite including Wall Street’s top bosses and executives from multinational media, tech and financial services companies.

Turkish officials have said Khashoggi was murdered inside the consulate where he went to get documents for his planned marriage. Riyadh has said the claims are baseless.

JPMorgan Chase & Co (CEO Jamie Dimon is scheduled to speak, as is Mastercard Inc CEO Ajay Banga. Representatives for both companies did not respond to requests for comment.

Another billionaire, Steve Case, one of the founders of AOL, also decided to distance himself from Saudi Arabia, saying he would no longer attend the event.

"In light of recent events, I have decided to put my plans on hold, pending further information regarding Jamal Khashoggi," Case tweeted.

Khashoggi’s disappearance has led officials and business leaders to drop out of another one of Saudi Crown Prince Mohammed Bin Salman’s large projects.

On Wednesday, former U.S. Energy Secretary Ernest Moniz said that he had suspended his role on the board of Saudi Arabia’s planned mega business zone NEOM until more is known about what happened.

Moniz was named on Tuesday as one of 18 people advising the $500 billion NEOM project. The Crown Prince said last week that the NEOM business zone would build two to three towns each year starting in 2020 and be completed by 2025.

The Harbour Group, a Washington firm that has been advising Saudi Arabia since April 2017, ended its $80,000 a month on Thursday. “We have terminated the relationship,” managing director Richard Mintz said.

British billionaire Richard Branson said on Thursday that his Virgin Group would suspend its discussions with Saudi Arabia’s Public Investment Fund over a planned $1 billion investment in the group’s space ventures, in light of events involving Khashoggi.

Reporting by Imani Moise in New York and Saeed Azhar in Dubai; Additional reporting by Yara Bayoumy in Washington, Ismail Shakil and Rama Venkat in Bengaluru; Editing by Toni Reinhold and Grant McCool