Mount Etna: Volcano is sliding towards the sea and now we know why 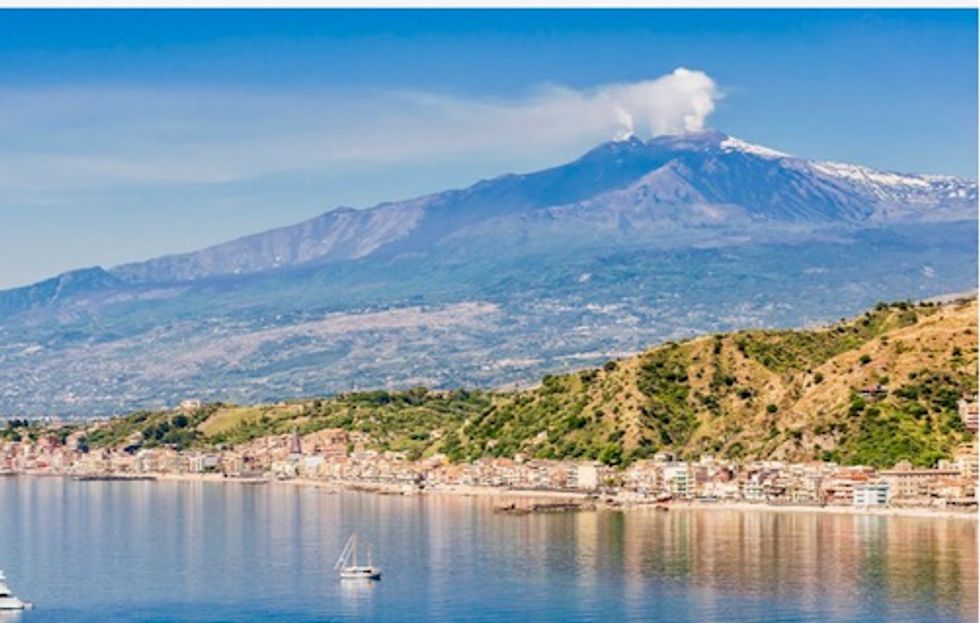 The southeast flank of Mount Etna in Sicily is sliding towards the sea at a rate of several centimetres a year. This might not sound like much, but the kind of stress that this movement creates inside volcanoes can cause devastating landslides. If, one day, Etna’s movement significantly increases then it could have serious consequences.

With this in mind, scientists such as myself have been studying Etna to try to better understand what’s going on. Now research published in Science Advances presents strong evidence that Etna’s slide isn’t caused by pressure from magma inside the volcano, as previously thought. Instead, it’s likely caused by gravity pulling on Etna’s lower underwater slopes, far from the summit. The researchers emphasise that this means Etna is more susceptible to catastrophic collapse than had previously been realised, and that the same might be true of other coastal and island volcanoes.

My colleagues and I first calculated the speed of Etna’s movement earlier this year, showing that the entire edifice slid downslope at an average of 14 millimetres a year between 2001 and 2012. But the whole volcano is also expanding outwards from the summit in all directions, meaning its total annual movement towards the sea is several centimetres.

The new research looks for the first time at what is happening at the underwater foot of the volcano, 1,200 metres below sea level and 12 kilometres from the shoreline. Data from five underwater transponders gathered between April 2016 and July 2017, showed the underwater slope remained stable for a year but then slid four centimetres in one eight-day period before finally stabilising again.

The data shows that the amount of movement is smallest at the summit and biggest at the foot of the volcano. But if movement was caused by the magma inside Etna then the biggest movement would occur near the volcanic centre. The researchers also found that the sea floor movement 12 kilometres from the shore is focused along a single geological fault. But near the coast, the strain is divided between two fault systems.

This all suggests that the movement began offshore and spread towards the summit. There were no associated earthquakes during the eight-day episode, indicating that the movement wasn’t caused by seismic activity. Instead, it’s likely to be the effects of gravity pulling on the volcano. 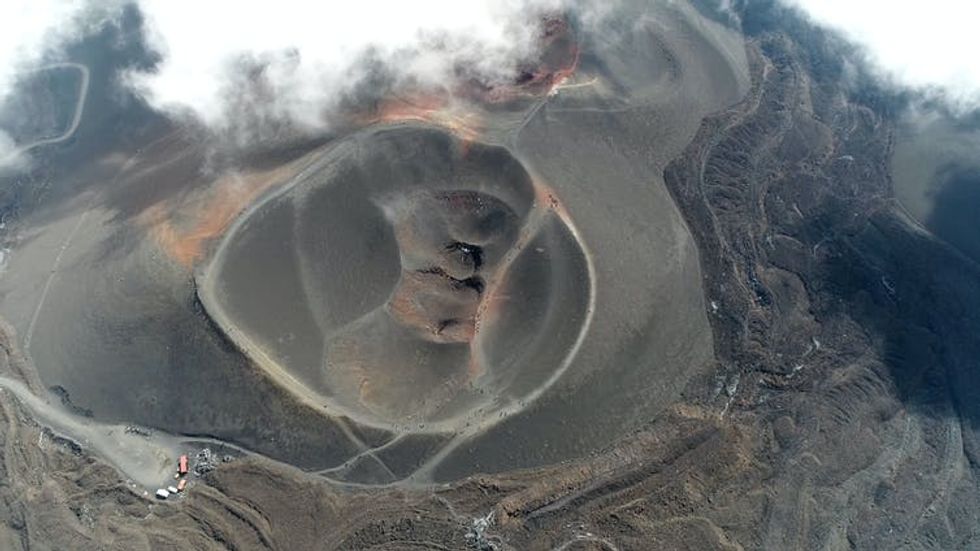 Etna is expanding outwards from the summit and sliding towards the sea.

For the past 50 years, the science of volcano movements has been dominated by the idea that most volcanoes have a shallow magma chamber that expands as it fills with magma before an eruption. This causes the walls of the chamber to eventually fracture and allows magma to escape from the side of the volcano. Measuring the volcano’s surface movement would allow you to calculate the depth of the magma chamber. It is this kind of model that is usually used to explain expanding volcanoes.

But many scientists including myself have found that while some well-studied volcanoes in Hawaii, Iceland and elsewhere fit this kind of model, other volcanoes contradict it. This suggests there are other factors that explain volcano movement and can affect eruptions.

In the 1990s, volcanologist Andrea Borgia suggested that the steadily increasing amount of lava and volcanic rock deposited near the top of tall volcanoes caused their summits to subside and their slopes to spread outwards. This idea has gained ground as volcanoes around the world provide us with more and more geological evidence, which the new research paper adds to.

So what does this mean for Etna? We can say with certainty that catastrophic collapse, in which an entire sector of a volcano slides off in a gigantic landslide, has occurred on the downslope side of other gravitationally sliding volcanoes. The devastation caused by such events, which occur worldwide about four times a century, means that the possibility has to be taken seriously.

Unfortunately, we don’t yet have enough detailed knowledge of the build-up to such events to make meaningful predictions about specific volcanoes. So while the authors of the latest paper argue that because Etna’s slide is caused by gravity it makes a collapse more likely, we still can’t give an indication of when or even if this will actually happen.