MSNBC reporter apologizes for his role in Megyn Kelly blackface debacle: ‘I’m sorry if I let you down’ 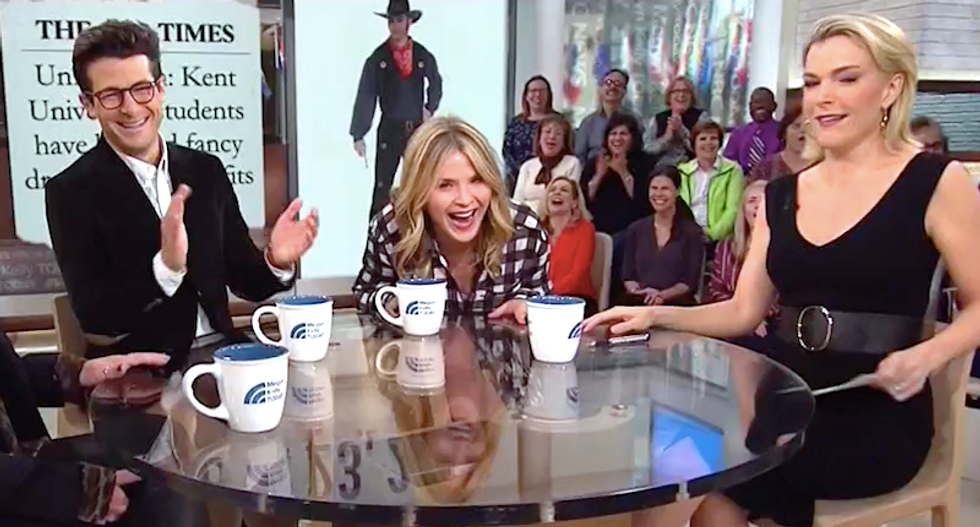 MSNBC's Jacob Soboroff has aggressively covered the family separation policy and other social justice issues, but he issued an apology for laughing along with Megyn Kelly's defense of blackface.

The "Today" host has apologized to viewers and NBC News colleagues for asking what was racist about blackface Halloween costumes, and one of her guests for a panel discussion is also apologizing for his participation.

"What was said was vile," Soboroff tweeted. "Not only has blackface always been and will always be racist — questioning that was disgraceful. I’m ashamed I didn’t speak up more emphatically at the table."

Morning. Want you guys to know how I feel about yesterday. What was said was vile. Not only has blackface alway… https://t.co/mz8JOE9IKH
— Jacob Soboroff (@Jacob Soboroff)1540386833.0

“Who doesn't love Diana Ross, she wants to look like Diana Ross for one day," Kelly said. "I don't know how that got, like, racist on Halloween."

"I have not seen it, but it sounds a little racist to me," he said.