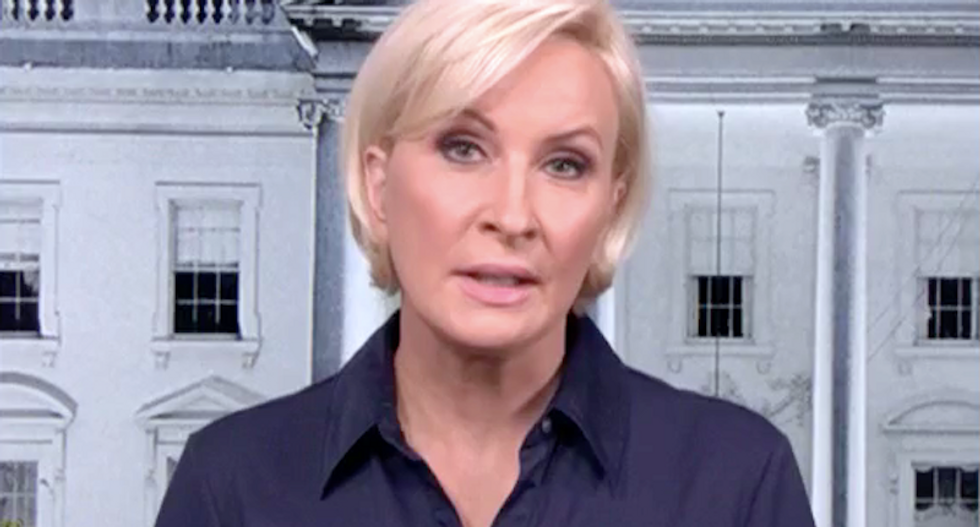 MSNBC's Mika Brzezinski said advertisers and their investors are "complicit" in the racist propaganda broadcast on Fox News -- and she said they face a moral dilemma.

The "Morning Joe" co-host was appalled that Fox News broadcasters and their guests continued to smear immigrants with made-up claims about diseases and violent tendencies, after an anti-Semitic gunman killed 11 Jews in Pittsburgh, a racist gunman killed two black shoppers in Kentucky and a Trump supporter mailed bombs to prominent Democrats.

"I think we always expected possibly people like this, with impulses like this, but I don't think we expected a complicit media arm or a complicit Congress to be part of this," Brzezinski said. "This is what we're dealing with at this point."

"The problem here is not only is the media arm complicit, not only is Congress complicit, they are actively engaging in the fear-mongering and the lying and the hatred and the racism," Scarborough said. "When you talk about the others bringing small pox to America, when it was eradicated in 1980, when you're talking about bringing leprosy to the United States by a caravan that is not even going to exist by the time it gets to the United States, if what happened in April happens, as well."

"They are spreading this racist lie," he added. "Think about this. If you're a stockholder of a company, the stock that you are holding actually puts you in ownership with a media company that is spreading white nationalist lies -- lies about leprosy, lies about small box, lies about the others inviting the United States of America."

Brzezinski said those advertisers and their shareholders must decide whether they want to continue supporting those racist falsehoods.

"I would ask advertisers to take a look at where you're putting your money," she said. "If you like white nationalism, you can invest in some of these Fox News programs and these Fox News hosts. You can do the that, they're there for you."